Rasa - US President Donald Trump is in pursuit of an “Israel first” policy which can be seen in the recent telltale remarks of the US ambassador to Israel, a former US Senate candidate says. 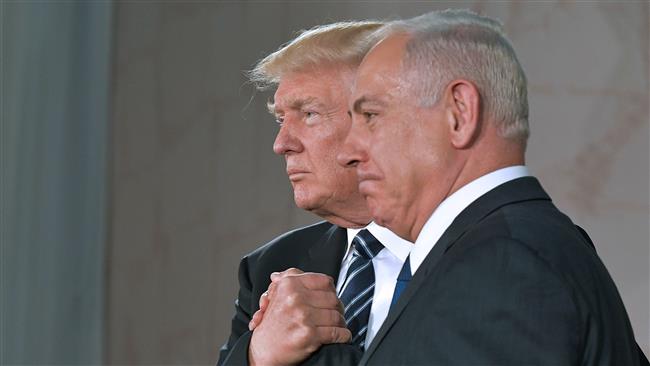 RNA - US Ambassador to Israel David Friedman, who is a pro-Israel diplomat, blatantly said in an interview with the Israeli media that the Israeli settlements “are part of Israel”, very clearly expressing US foreign policy on occupied Palestinian territories.

Dankof told on Friday that American foreign policy has been driven by Israeli interests and Ambassador Friedman’s remarks were disturbing in terms of the ongoing nomination of people to serve in sensitive posts by Donald Trump who have pro-Israel, pro-Zionist credentials.

“The fact of the matter is that there are 600,000 Israelis living in 230 illegal settlements in the West Bank. There has been a 40% increase in illegal settlements in 2016 at the same time the United States government is handing Israel $10.1 million military aid each single calendar day. Obviously its clear what is going on here, 54% of American foreign aid goes to Israel, 26% of that allows Israelis to buy weapons from Israeli suppliers and the list just goes on and on," Dankof said.

Dankof said a recent article by Philip Giraldi, a former CIA case officer and Army intelligence officer, titled America’s Jews Are Driving America’s Wars reveals how and why American Jews are dragging Washington into war in the Middle East. American Jews are faking the threat and dragging US politicians and the media towards war, according to Giraldi, who argues in his article that American Jews with an attachment to Israel should not be allowed anywhere near positions where they might deal with Middle East policy because it would be a “conflict of interest” between the US and Israel.

“As long as the US government is controlled by Israeli interests  ... [Israel first]  is not only going to continue, but it will also have more tragic consequences... the US will get involved in a wider war in the Middle East," he stated.

Tags: US Netanyahu Israel Trump
Short Link rasanews.ir/201oab
Share
0
Please type in your comments in English.
The comments that contain insults or libel to individuals, ethnicities, or contradictions with the laws of the country and religious teachings will not be disclosed