Rasa - Indian police have attacked Shia Muslims taking part in a procession to commemorate the martyrdom anniversary of Imam Hussein (peace be upon him), the third Shia imam. 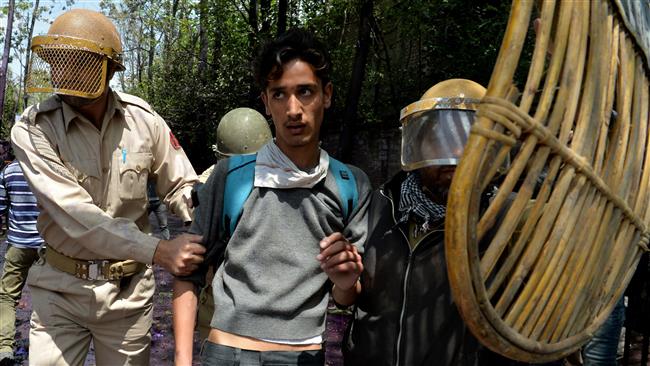 RNA - Shia Muslims held a mourning procession in Srinagar in Indian-controlled Kashmir on Friday, chanting religious slogans. Police attacked the mourners and arrested an unspecified number of them.

Every year, during the month of Muharram, Muslims from around the world hold religious mourning ceremonies for the third Shia imam, who was martyred in the desert of Karbala in 680 AD.

Tensions are high in the Indian-controlled region, where the Muslim-majority population stages regular protests against the Indian rule and demands autonomy from New Delhi.

India regularly accuses Pakistan of arming and training militants and allowing them across the restive frontier in an attempt to launch attacks on Indian forces.

Kashmir has been divided between India and Pakistan but claimed in full by both since the two were partitioned and gained independence from Britain in 1947. The two countries have fought three wars over the disputed territory. Despite a ceasefire agreement that was reached in November 2003, sporadic skirmishes continue in Kashmir.

New Delhi has deployed some 500,000 soldiers to the disputed region to further boost the security of the borderline and enforce a crackdown on pro-independence demonstrations in its share of Kashmir, where anti-India sentiments are high.

Tags: Muslim Kashmir Shia
Short Link rasanews.ir/201oaX
Share
0
Please type in your comments in English.
The comments that contain insults or libel to individuals, ethnicities, or contradictions with the laws of the country and religious teachings will not be disclosed