Rasa - The Iranian foreign ministry warned of the dire situation of Myanmar refugees, stressing the need for taking immediate action and sending humanitarian aid to end their plights. 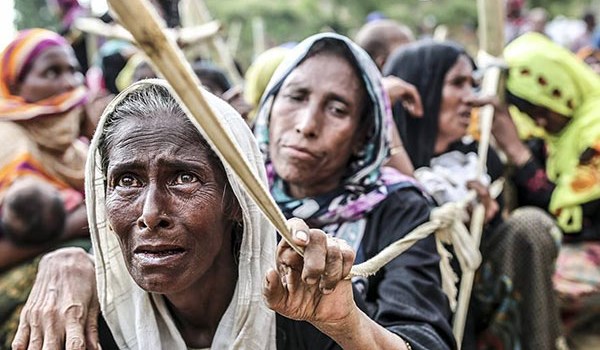 RNA - "With each passing day, the critical situation of Rohingya Muslisms becomes more complicated, the sufferings of the refugees increases, and the responsibility of countries and international organizations becomes heavier," Foreign Ministry Spokesman Bahram Qassemi said on Saturday.

"After all, the opportunity for stopping the crisis and compensating the damages is getting lost. The complicated, dire situation can turn into one of the worst humanitarian crises of the contemporary age," he added.

Despite the warnings, alarms and requests by countries, international organizations, global figures and public opinion, the Myanmar's government has turned a deaf ear to the world demands, which is unacceptable, Qassemi said.

Pointing to Iran's efforts to resolve the crisis and relieve the sufferings of displaced Myanmar people, he said that the international community should continue its measures more seriously to stop the trend of Rohingya Muslims expulsion and sending emergency humanitarian aids to them.

His remarks came after Supreme Leader of the Islamic Revolution Ayatollah Seyed Ali Khamenei strongly blasted the international bodies and those who claim to be advocates of human rights for silence on the plights and pains of Muslims in Myanmar, and called on the Islamic countries to adopt practical measures against the Myanmar government.

"Of course, religious prejudice may play a role in this incident but it is a political issue because it is executed by the Myanmar government which is headed by a cruel woman who has won the Nobel prize, and actually the Nobel Peace Prize died with such incidents," Ayatollah Khamenei said earlier this month.

Tags: Iran Myanmar
Short Link rasanews.ir/201oaS
Share
0
Please type in your comments in English.
The comments that contain insults or libel to individuals, ethnicities, or contradictions with the laws of the country and religious teachings will not be disclosed