Rasa - About 700 French nationals, among them 500 children, are living in the Daesh-controlled areas of Iraq and Syria, a French official says, as fears grow over the threat posed by European members of the Takfiri terrorist group on their return to their homelands. 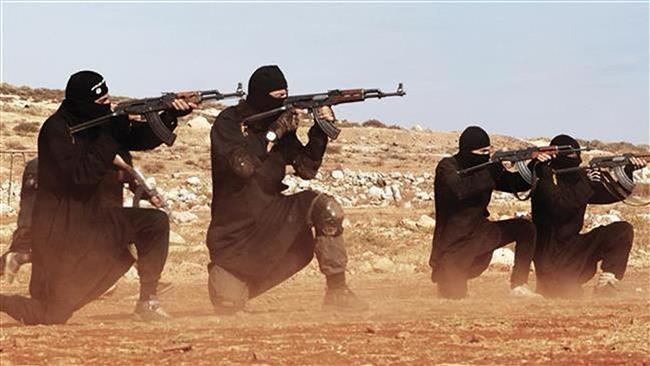 RNA - An official at the French president’s office, whose name was not mentioned in reports, said on Friday that women made up one-third of the 700 French citizens in the Daesh-held territories.

He also said that half of the 500 French children were born in the Iraqi and Syrian regions under Daesh’s grip.

Last month, France’s Interior Minister Gerard Collomb said 271 Takfiri militants had returned to the European country from war zones in Iraq and Syria and all of them had been subject to investigations by the public prosecutor.

He also warned that the threat of militant attacks was “very high” in France.

France has suffered a spate of terrorist attacks in recent years. It remains under a state of emergency initially imposed in November 2015 after Daesh attacks in and around Paris. The assaults back then left 130 People dead and over 410 others injured.

France is a member of the US-led coalition that has been carrying out airstrikes on what are said to be Daesh targets in Iraq and Syria since 2014.

Tags: DAESH Syria French Iraq
Short Link rasanews.ir/201oaN
Share
0
Please type in your comments in English.
The comments that contain insults or libel to individuals, ethnicities, or contradictions with the laws of the country and religious teachings will not be disclosed