Rasa - US President Donald Trump is planning to accelerate American weapons sales abroad, and has prepared to ease the restrictions his predecessor, Barack Obama, in this regard, according to a new report. 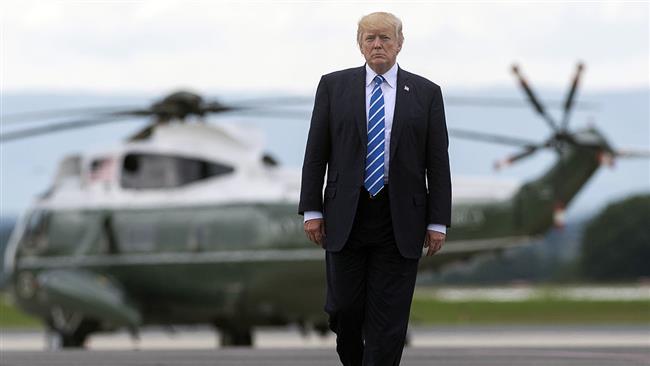 RNA - Trump’s move is likely to spark concerns about further flooding the global market with high-tech American weapons and fueling conflicts in hot spots like the Middle East, POLITICOreported on Friday.

President Trump will issue an executive order or presidential memorandum in this autumn, asking the State Department and Pentagon to more actively advocate on behalf of US arms manufacturers, according to three administration officials involved in the discussions.

The new plan would include establishing a more active government role in marketing American military products internationally.  The process would help the US military-industrial complex.

"It is about making sure we are doing everything we can to promote the competitiveness of American trade," said a State Department official involved in the deliberations, speaking on condition of anonymity. "The message from the NSC is we can certainly be doing more."

US weapon exports to foreign countries this fiscal year is set to equal or surpass the $69 billion record reached in 2012, according to a recent analysis.

Add “the big hardware purchases announced during President Trump's visit to Saudi Arabia” and the total is a new record, he said.

The analyst said countries across the globe will be buying weapons to defend themselves against Daesh, NATO and [Persian] Gulf Cooperation Council countries.

The United States sold over $40 billion worth of weapons last year, maintaining its position as the world’s dominant arms supplier.

US arms sales increased by around $4 billion in 2015 and represented about half of all weapons agreements globally, according to figures released by the Congressional Research Service, a public policy research arm of the US Congress.

France was far behind in second place at $15 billion in arms sales. Russia came in third with $11 billion. Next were China, Sweden, Italy, Germany, Turkey, Britain and Israel.

Tags: US Trump Trump
Short Link rasanews.ir/201oaL
Share
0
Please type in your comments in English.
The comments that contain insults or libel to individuals, ethnicities, or contradictions with the laws of the country and religious teachings will not be disclosed