Rasa – Shi’ah Muslims have begun marking Tasu’a, the eve of the martyrdom of Imam Husayn, by holding mourning rituals the world over. 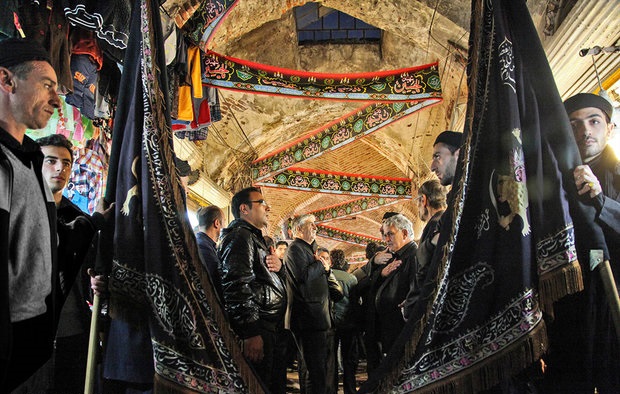 RNA – Shi’ah Muslims have begun marking Tasu’a, the eve of the martyrdom of Imam Husayn, by holding mourning rituals the world over.

The occasion falls on the ninth day on the lunar month of Muharram. It is marked annually by the Shi’ah faithful in honor of the Third Shi’ah Imam and his 72 companions, who were all martyred in the Battle of Karbala by the army of the tyrant of the time, the Umayyad caliph, Yazid I, in 680 AD.

Wearing black as a sign of mourning, people usually gather around religious eulogists, beating their chests to their tunes and shedding tears in memory of the suffering imposed on the Imam, his family, and followers.

Tasu’a is also known as the Day of Loyalty and Resistance, which is devoted to Abbas ibn Ali, Imam Husayn’s half-brother, in deference to his sacrifices in the Battle of Karbala.

That historical battle has come to signify the determined struggle of good against evil and resonates strongly with Shi’ah Muslims.

Millions have, meanwhile, traveled to the holy Iraqi cities of Najaf and Karbala, the latter of which houses Imam Husayn’s shrine, to observe the rituals there.

The overall events also represent a symbol of unity among Shi’ahs worldwide, and are, hence, known to be sending a message to those seeking to divide them.

Tags: Shi'ite Imam Husayn Islam Ashura Muharram Shi'ah Husayn Shi'a Shia Shi'ism Tasu'a Tasua
Short Link rasanews.ir/201oaD
Share
0
Please type in your comments in English.
The comments that contain insults or libel to individuals, ethnicities, or contradictions with the laws of the country and religious teachings will not be disclosed