15 people, including 10 children, drown as Rohingya boat capsizes off Bangladesh 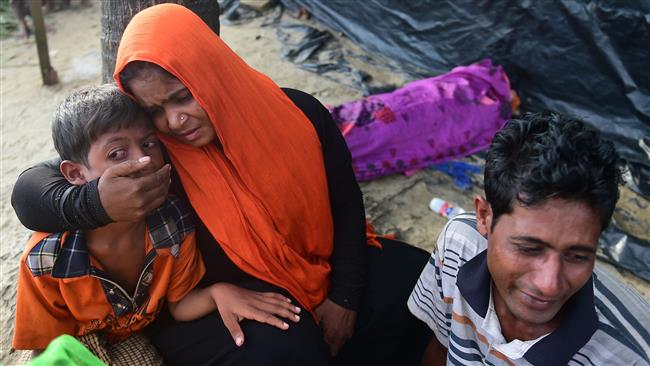 RNA - Police official Chailaw Marma said Thursday that at least 10 injured people were being treated at a hospital in Cox's Bazar in Bangladesh.

It was unclear how many people were missing. "We don't know an exact figure," Marma said.

Earlier, Fazlul Karim, a local police constable, said that 14 bodies had so far been washed ashore, and that there were fears the number could rise.

Abul Khair, a local police chief, also said that 18 people had survived the accident and that they were trying to find out how many were missing.

According to witnesses and survivors, the boat overturned just yards from the coast after apparently hitting a submerged object and was later washed ashore in two parts.

"They drowned before our eyes. Minutes later, the waves washed the bodies to the beach," AFP quoted Mohammad Sohel, a local shopkeeper, as saying.

Nurus Salam, one distraught Rohingya survivor, said he had set off for Bangladesh from a coastal village in Myanmar late Wednesday with his wife, who was killed in the disaster along with one of his children. "The boat hit something underground as it came close to the beach. Then it overturned."

About 120 Rohingya Muslims, many of them children, have drowned attempting to reach Bangladesh in small fishing boats that are woefully inadequate for the rough seas.

The UN says the number of Rohingya refugees who have fled Myanmar in recent weeks has now topped 500,000.

On Wednesday, Images circulated by Myanmar authorities showed hundreds waiting to cross the Naf River that divides Myanmar and Bangladesh.

The huge influx of Rohingya to Bangladesh has created a humanitarian crisis as aid agencies struggle to provide food, clean water and shelter.

Myanmar’s forces have intensified attacks against Rohingya Muslims in Rakhine state since October 2016. The attacks have seen a sharp rise since August 25, following a number of armed attacks on police and military posts in the troubled western state.

Access to Rakhine by relief agencies and global media has been heavily controlled by Myanmar's army and government.

On Thursday, the UN said a planned visit to Rakhine was postponed due to weather conditions there.

Humanitarian organizations were forced to pull out of Rakhine when Myanmar's military launched operations against Rohingya community in late August.

Amnesty International has called on the United Nations Security Council to spare no efforts to end the brutal crackdown against Rohingya Muslims.

Myanmar’s government claims it is fighting militants in the area, but the UN says the situation is better described as the “ethnic cleansing” of the Rohingya Muslims, whom the government refuses to recognize as citizens despite the fact that the Rohingya have been living in the area for centuries.

Tags: Muslim Myanmar
Short Link rasanews.ir/201oZq
Share
0
Please type in your comments in English.
The comments that contain insults or libel to individuals, ethnicities, or contradictions with the laws of the country and religious teachings will not be disclosed