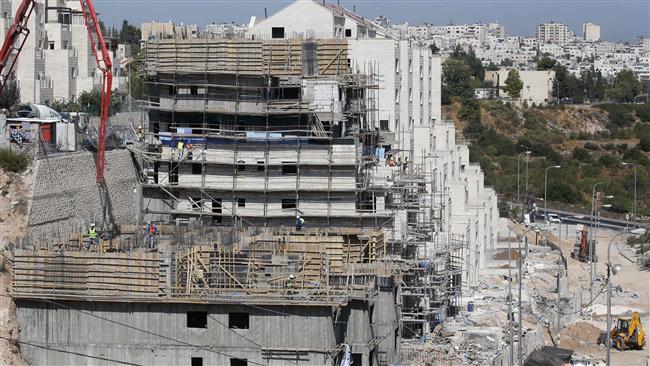 In response, several of the companies assured Hussein that they do not plan to renew their current contracts or to enter into new ones.

The letter said that due to the companies’ activities in the occupied Palestinian territories, they may be added to the blacklist being compiled by the UN of companies “that operate in opposition to international law and in opposition of UN resolutions.”

According to an unnamed western diplomat, over half of the companies that received the letter were Israeli, nearly 30 were American and the rest were mainly from Germany, Norway and South Korea.

The copies of Hussein’s letter have reportedly been sent to the respective countries of the firms and seen by the Israeli cabinet.

In 2016, the UN Human Rights Council voted, with 32 nations in favor and 15 abstentions, to a proposal by the Palestinian Authority and Arab states to compile a database of all businesses enabling or profiting from development of Israeli settlements in the occupied Palestinian territories.

In June, US Ambassador to the UN Nikki Haley slammed the blacklist as “the latest in this long line of shameful actions” adopted by the UNHRC, warning that the US may withdraw from the 47-member UN body unless it is reformed, end condemnation of Israel and cancel the membership of what she called notorious human rights violators from the council.

Since 2007, Israel has been the only entity whose human rights violations have been regularly discussed in the framework of a single permanent item on the Human Rights Council’s agenda.

Israel also seized the Golan Heights from Syria after the 1967 Six-Day War and later occupied it in a move that has never been recognized by the international community. The regime has built dozens of settlements in the area ever since and has used the region to carry out a number of military operations against the Syrian government.

Tags: UN Quds Israel
Short Link rasanews.ir/201oZg
Share
0
Please type in your comments in English.
The comments that contain insults or libel to individuals, ethnicities, or contradictions with the laws of the country and religious teachings will not be disclosed