Majority of Americans embarrassed to have Trump as president

Rasa - A majority of American voters believe Donald Trump is not "fit to serve as president" of the United States, a new poll shows. 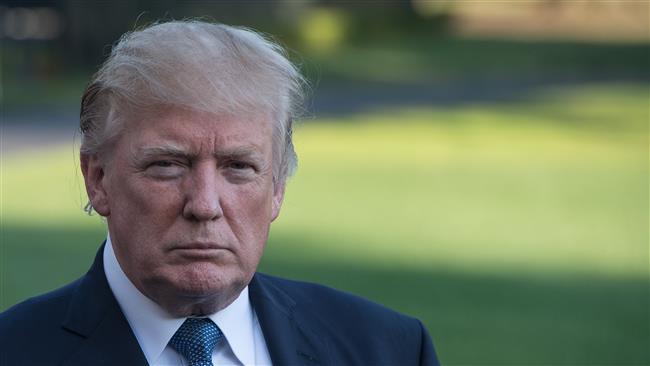 RNA - Fifty-one percent of American nationals contacted said they are embarrassed to have Trump serve as president, according to a Quinnipiac University poll released Wednesday.

A majority of voters also advised Trump to stop tweeting about every issue.

The poll also showed that Americans are split along racial lines on Trump. Ninety-four percent of black voters said the Republican president is not fit to serve, 60 percent Hispanic voters said the same, while 50 percent white voters said he is fit for the role.

Sixty-two percent of voters disapproved of the way Trump has dealt with race relations, and 60 percent said the controversial president is doing more to divide the country than unite it.

The poll also revealed divisions among men and women. Men are divided 49 percent to 49 percent, while 63 percent of women say Trump is not fit.

The poll was conducted from September 21 to 26 by phone in which 1,412 voters nationwide participated.

Another recent poll found most Americans disapprove of Trump’s leadership and see him as a divisive figure who has not fulfilled his campaign promise to positively change the US government.

More than twice as many Americans - 66 percent vs. 28 percent - said Trump is doing more to divide the country than to unify it, according to an ABC/Washington Post poll published on Sunday.

Trump has been widely criticized for his response to the deadly white supremacist rally in Charlottesville, Virginia, after he said "both sides" were to blame for the violence.

Critics say that Trump’s divisive rhetoric and policies against immigrants and minorities before and after his election have emboldened far-right groups and promoted hate crimes across the country.

Tags: US Trump
Short Link rasanews.ir/201oZd
Share
0
Please type in your comments in English.
The comments that contain insults or libel to individuals, ethnicities, or contradictions with the laws of the country and religious teachings will not be disclosed