Calling out the Kurdish Secession Vote for What It Is

Rasa - In the coverage that followed the Monday secession vote in the Kurdish region of Iraq, the media focused on the statements made by Iraqi, Iranian and Kurdish officials - and the rest of the international community - that this was a bad idea. 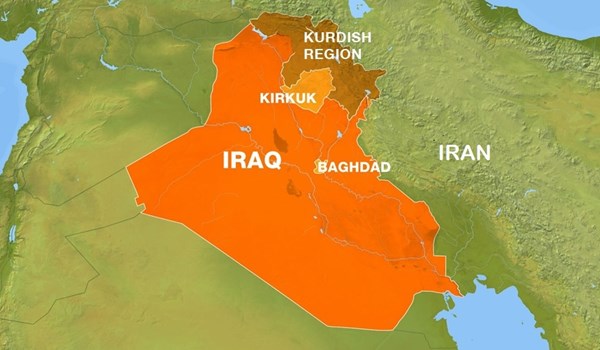 RNA - And while this testimony was worthy of the coverage - if not just for its dangers, but also for its accuracy - this focus diverted attention from Israel and Washington’s continued underlying goal in the region: to use this vote as a tool to create yet more tensions and sectarian warfare in the Middle East – and more refugees for Europe.

From the very start of this saga, Israel has made the Kurdish secession its main objective. Although Washington claims otherwise, but behind the scenes that’s what the War Party also wants: The terrorist group of ISIL has been defeated and there is a growing need for another proxy to do the dirty job for the War Party. But in pursuing this policy, Washington will get something it never expects: Blowback from likely clashes between the national forces of Iraq and Turkey and the Kurdish separatists - and with that more Kurdish refugees for Western European partners.

That Britain, France and Germany have voiced firm objections against the Kurdish secession vote is plus the point. What they still don’t want to admit is that they also expect to see a new wave of refugees at their doorsteps this time exclusively from the Kurdish regions of the Middle East. To make matters worse, they haven’t been even able to accommodate the hundreds of thousands refugees they already have and promised to house in the past few years or so.

With this initial setback, the repercussions are obvious: Germany’s parliamentary elections unexpectedly boosted the far-right Alternative für Deutschland (AfD) party, and European Union migration authorities report that the EU has failed disastrously to meet the original 2015 target for relocating Middle East refugees seeking asylum. After member states were allocated a limited number of relocation “slots” to distribute tens of thousands of Syrian refugees across the continent, the majority remain trapped in a lengthy slog through the legal process for asylum. Fewer than a third of the relocation quota - the initial step toward eventual long-term resettlement - has been met so far. That 70 percent remain attests to rising anti-refugee fears and their real-life consequences at the border.

Announcing the latest figures, Amnesty International says most EU member states have fundamentally failed refugees and asylum-seekers, shirking their responsibilities and leaving thousands abandoned in Italy and Greece. The target was arguably irresponsible to begin with - far too narrow to really dent the larger refugee crisis in Syria. The overall number agreed upon in 2015 was 54,000 asylum seekers in the process of long-term resettlement in Europe, their last chance of escaping America’s wars and devastation in their home countries.
In response to the peak of the refugee influx of 2015, the 54,000 quota was an arbitrarily set “down payment” on a plan to redistribute about 160,000 people over two years - a stopgap measure to relieve increasingly desperate conditions mounting at the Syrian-Turkish-Greece border. Many other refugees were subsequently shipped back from the border zone to camps across the Turkish border.

With what just happened in the Kurdish region of Iraq, the volume of humanitarian need will continue to rise, even as political fatigue with the refugee problem in Europe deepens. The current queue for relocation has been frozen since last year, meaning that, the new arrivals from Kurdish regions will have to await relocation in Turkey, Greece and Italy for many years to come. Meaning that the Kurdish secession vote is just playing politics with people’s lives.

In the prevailing environment, the media spotlight can no longer afford to drift on over time, and any sympathy that first greeted the Syrian refugees has since been overshadowed by xenophobia and panic. Those who will be behind the new wave of Kurdish refugees flocking the European continent should take note:

The secession vote in the Iraqi region of Kurdistan does not have the force of law, anyway, and the reality is that the law will soon be flouted by political inertia. As of September 25, the vast majority of EU member states have failed to convince Kurdish politicians to let go of their political ambitions and help Iraq remain as a unitary state.

Per usual, far-right elements have also used the issue of Syrian refugees to present themselves as guardians of the safety and purity of white Christian Europe. They will do whatever they can to tap into public unease around the integration of new Kurdish Muslim refugees as well, claiming their integration will jeopardize the security and future of all of Europe.

Even if some Kurdish refugees are temporarily relocated, their future will be far from certain. Court systems differ widely across the EU in their refugee-review processes. In total, while more than 160,000 refugees were supposed to be relocated over two years, today, only about 27,700 people have effectively been transplanted, and their journey is far from over.

This should be a wake-up call for all Kurdish politicians out there in Iraq and elsewhere. The message is clear: Stay in your country; be part of the post-ISIL democratic process; and help rebuild your country as a unitary state. No one in Europe is waiting for you. They will never help you in the likelihood of yet another unnecessary sectarian warfare – much less house your desperate women and children fleeing a new refugee crisis of your own making.

Tags: Kurd Iraq
Short Link rasanews.ir/201oZX
Share
0
Please type in your comments in English.
The comments that contain insults or libel to individuals, ethnicities, or contradictions with the laws of the country and religious teachings will not be disclosed