Rasa - Reports said Bahraini security forces are continuing to engage in the forcible removal of all Ashura displays in the kingdom’s Northwestern village of Diraz. 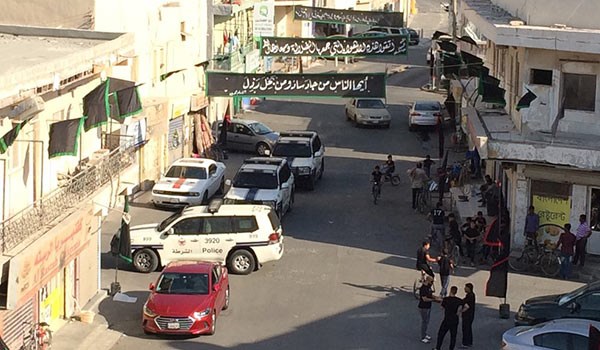 Security forces have also started removing all portraits of the senior cleric in the lead-up to the annual Ashura commemorations, which marks the martyrdom of the grandson of Islam’s Prophet Mohammad, Imam Hussein, and is widely observed by Shiite Muslims worldwide.

Since the start of Bahrain’s popular uprising in 2011, Manama has enforced strict restrictions on the commemoration of the Shiite religious occasion.

Tags: Ashura bahrain
Short Link rasanews.ir/201oZV
Share
0
Please type in your comments in English.
The comments that contain insults or libel to individuals, ethnicities, or contradictions with the laws of the country and religious teachings will not be disclosed