Rasa - Human Rights Watch said Myanmar is committing crimes against humanity in its campaign against Muslim in Rakhine State, calling for the UN Security Council to impose sanctions and an arms embargo. 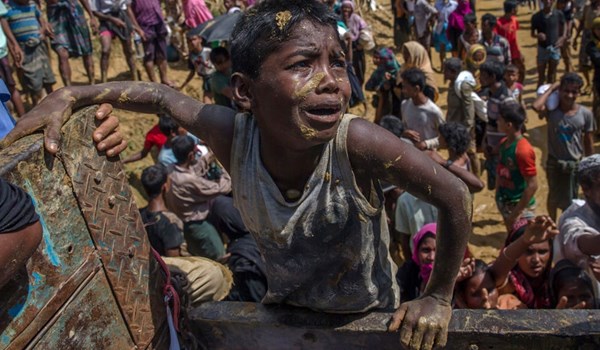 RNA - Also, UNHCR called for a redoubling of international aid for the 4,80,000 refugees, 60 percent of them children, who have fled to Bangladesh since Aug. 25 to escape the violence, the Hindu reported.

“The Burmese military is brutally expelling the Rohingya from Northern Rakhine state,” said James Ross, legal and policy director at at HRW.

However, government spokesman Zaw Htay rejected the accusations, saying that no Myanmar government had ever been as committed to the promotion of rights as the current one.

Tags: Rohingya Myanmar
Short Link rasanews.ir/201oZO
Share
0
Please type in your comments in English.
The comments that contain insults or libel to individuals, ethnicities, or contradictions with the laws of the country and religious teachings will not be disclosed