Rasa - Israeli forces intensified siege on nine villages located northwest of Jerusalem for the second day in a row, while sealing off the entrances to villages Beit Iksa and Beit Sourik, local sources said. 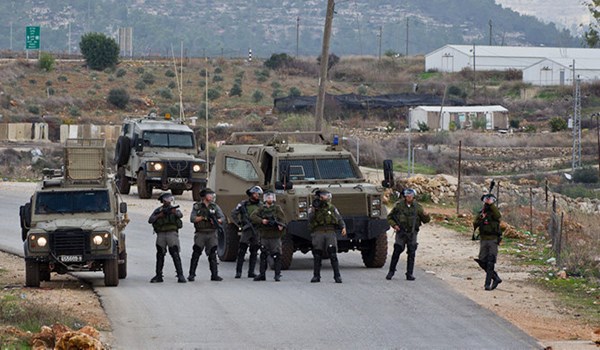 RNA - For the second day, about 60 thousand Palestinians residing the villages of Beddo, Beit Surik, Qatanna, Beit Anan, Beit Iksa, Qabiba, Beit Ijza, Beit Duqqo and Kherab Lahm are unable to move in and out in the villages, after Israeli forces closed the main road which connects the villages with the outside world, WAFA reported.

The forces also set up checkpoints at the entrances to Beddo and Qabiba villages and prevented anyone from going in or out.

According to the sources, clashes broke out multiple times between Palestinian youths in Beddo and Beit Sourik, and Israeli forces, who continue to prevent citizens, including students and workers, from moving inside the villages.

This comes after Nimr al-Jamal, 37, from Beit Sourik, opened fire at Israeli border police and security guards at the entrance to HarHadar settlement killing three and wounding a fourth before he was shot dead.

Tags: Palestinian Israel
Short Link rasanews.ir/201oZL
Share
0
Please type in your comments in English.
The comments that contain insults or libel to individuals, ethnicities, or contradictions with the laws of the country and religious teachings will not be disclosed