Rasa - A British Member of Parliament has accused Donald Trump of being a “racist Ku Klux Klan and Nazi sympathizer” and vowed to “chain” himself to the door of Number 10 if the US president is granted a state visit to the United Kingdom. 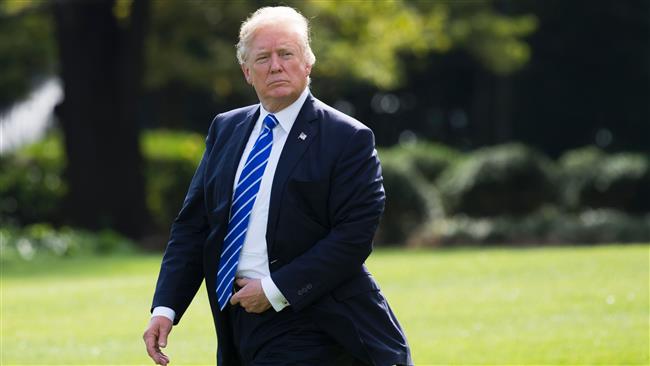 RNA - “If Trump comes to the UK I will be out protesting on the streets,” David Lammy, a former higher education minister, tweeted on Tuesday.

The Labour MP made the comment after he told the party’s annual conference in Brighton that Trump was a “racist” who “has KKK members in his inner team.”

“We need to martial our efforts to fight. I will be on the streets when eventually they cave in and let Donald Trump into this country,” he said. “The man thinks it is OK to have protesting Nazis on the streets.”

“Of course I will campaign against it. If I have to chain myself to the door of Number 10 this black man will do it,” Lammy said.

London Mayor Sadiq Khan has also said it would be wrong for Britain to host Trump on a state visit, likening the president’s rhetoric to that of the Daesh terrorist group.

Khan, the first Muslim mayor of London, and Trump have been engaged in a row since the 2016 presidential campaign in the US. Khan has spoken out against Trump’s travel ban on Muslims, which he said would play into the hands of extremists.

Prime Minister Theresa May extended an invitation to Trump during a visit to the White House a week after the Republican was inaugurated on January 20.

The state-visit offer has provoked a backlash from the British people and politicians alike.

Hundreds of thousands of Britons signed an online petition back then, calling on the UK Parliament to withdraw the invitation.

Trump has been widely criticized for his anti-Muslim rhetoric and his support for white supremacy in the US.

In response to a racist rally in Charlottesville, Virginia, last month, Trump first blamed the deadly violence "on many sides," but was later forced to declare that “racism is evil.”

Tags: Racist Trump
Short Link rasanews.ir/201oZK
Share
0
Please type in your comments in English.
The comments that contain insults or libel to individuals, ethnicities, or contradictions with the laws of the country and religious teachings will not be disclosed