Rasa - A young Palestinian woman has reportedly sustained injuries after an Israeli settler ran her over in the southern part of the occupied West Bank. 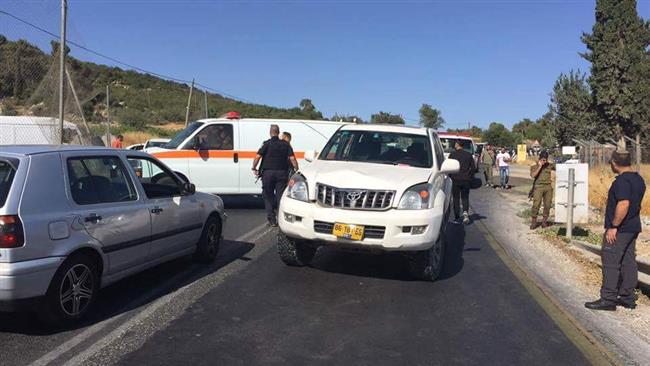 RNA - Issa al-Omda, an official at Palestine Technical University – Kadoorie, told Arabic-language Radio Bethlehem 2000 that the 21-year-old victims, identified as Tamara Thawabta, was struck near the entrance to the university in al-Arroub town, located 15 kilometers south of Bethlehem, on Tuesday afternoon.

The victim sustained injuries in the crash, and was transported to a nearby hospital to receive medical treatment.

There have been scores of “hit and run” incidents targeting Palestinians in different parts of the occupied West Bank, with most of them largely going uninvestigated by Israeli authorities. Some of such events have resulted in fatalities.

Asil Tariq Abu Aoun was run over by an Israeli settler near Hamra checkpoint in Furush Beit Dajan village, located 10 kilometers east of Nablus, on August 26. The 8-year-old Palestinian girl later succumbed to her serious injuries.

On August 10, an Israeli settler ran over four Palestinian children in the predominantly Palestinian neighborhood of Silwan on the outskirts of the Old City of Jerusalem al-Quds.

Raman broke a tooth in the fall, Amir Abu Sbeih sustained a deep injury in his knee that required stitches, while the two others sustained bruises.

The center added that a group of Israeli forces simply stood by and did not take any measures, before locals called an ambulance that transferred the children to Hadassah Medical Center in Jerusalem al-Quds.

Tags: Palestinian Israel
Short Link rasanews.ir/201oZB
Share
0
Please type in your comments in English.
The comments that contain insults or libel to individuals, ethnicities, or contradictions with the laws of the country and religious teachings will not be disclosed