US in Libya Again: When Will They Ever Learn?

Rasa - For the first time since President Trump’s inauguration, the US has carried out airstrikes inside Libya, bombing what they describe as an ISIL camp within central Libya, southeast of Sirte. 17 people were killed, and per usual, the US claims all were ISIL. 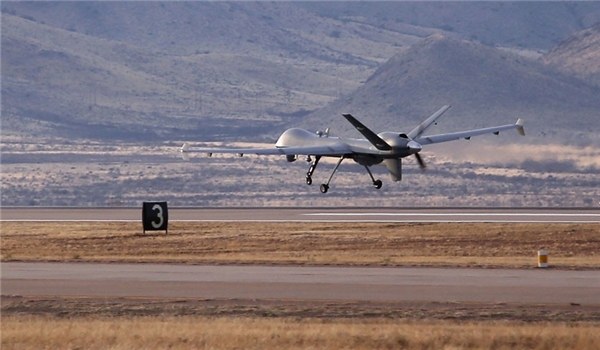 RNA - African Command (AFRICOM) claims that the drone strikes targeted a desert camp which “had been connected to multiple attacks across Europe.” Such a claim is common in US military attacks in nations the US is not engaged in a war. That’s because legally speaking such strikes rest on them being special cases involving specific threats to allies. This language features in official reports on myriad US airstrikes across Africa in recent years.

The last US airstrikes in Libya took place the day before Trump’s inauguration, killing over 80 civilians around Sirte. The Pentagon regime gave almost an identical justification at the time that everyone killed was “external plotters” for ISIL, and tried to connect the murders to a recent attack in Germany – and subsequently continue the bogus War on Terror apace.

American victory certainly hasn’t materialized, but the greatest military the world has ever known (as they regularly refer to) cannot admit defeat. Nor can the failed state of Libya acknowledge that it has failed to become anything other than a failure. The same is true about America’s NATO allies, who started this whole mess in the first place. They have also given up the idea that Libya will one day become a fully functioning state. They know and the whole world knows that they are unable to fix the country.

Meanwhile, halfway around the world, President Donald Trump has forgotten his denunciation of “Obama’s war,” adopted the “expertise” of his generals, and reignited a fading fire. This time around, he swears, “We are not nation-building again. We are killing terrorists.”

Meaning, the American effort in Libya is now to be exclusively military. There will be no limits on troop numbers or time spent in the Middle East and North Africa, nor any disclosure of plans to the enemy or the American public. There is to be no more talk of democracy or women’s rights or human rights or peace negotiations and such like.

Announcing his new militarized “strategy” in a long, vague, typically self-congratulatory speech last month, President Trump lacked even the courtesy to mention those who are fighting the Real War on Terror in – mainly the peoples and the governments of those failed states along with Iran and Russia. President Trump often makes such gaffes, but he read this particular speech from a teleprompter and so it was surely written or at least vetted by the very military which now is to dictate the future of Libya and US involvement there – and yet, many years later, seems to know no more about the country and its actual inhabitants than it ever did.

Of course, the international civil society cannot allow Libya become a permanent safe haven for terrorists. But for this to happen, no country should be allowed to do it single-handedly, including the United States. Now, as more troops depart for the region and more airstrikes are being carried out, the first lesson is this:

There is no such thing in the American military as a negative after-action report. Military plans are always brilliant; strikes always occur as expected; US soldiers are heroic; and goals are naturally accomplished without fail. This nonsense has to stop. US drone and air strikes almost always kill innocent civilians; most of the times the targets are not brilliant; US soldiers have drone war crimes in many cases; and military goals have repeatedly failed.

The second lesson: The military brass who routinely file such positive reports are blindsided by the bogus reports of others, mainly NATO and Arab allies. Judging by the experience on Afghanistan, Syria, Yemen and Iraq, it is not that hard to guess about the future of the Trump war on Libya, as the latest drone strikes indicate. It will be little different from the awful past. It will produce a surfeit of Libyan civilian casualties and Trump’s self-congratulation.

And then, of course, there is the inevitable conclusion: With drone and air strikes America cannot win the hearts and minds of the international civil society, much less the war on Libya. The people of Libya and the world community are in an uproar. The Pentagon regime, all these years after destroying Libya, still doesn’t get this thing about accountability and the rule of International Law. The obscurity of such a simple fact to the Pentagon regime brings criminality to mind, and with it, this simple question: When will they ever learn that they lost the war on Libya?

Tags: US Libya
Short Link rasanews.ir/201oYl
Share
0
Please type in your comments in English.
The comments that contain insults or libel to individuals, ethnicities, or contradictions with the laws of the country and religious teachings will not be disclosed