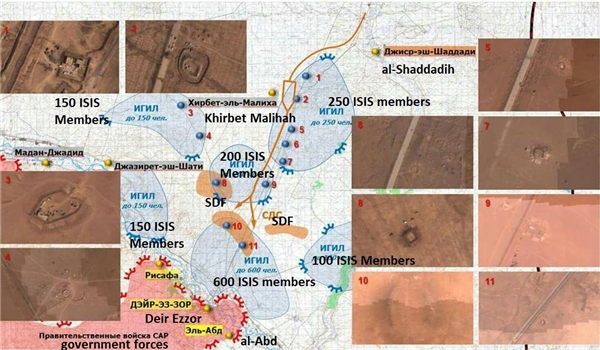 RNA - Russian Defense Ministry's spokesman Mj. Gen. Igor Konashenkov said Monday that Moscow received no response from the United States or the SDF on the issue of the photographs' revelation by Russia, Sputnik reported.

The photos in question showed a US Hummer armored vehicles that are used by the US Army's special forces.

Konashenkov stressed that the pictures showed no sign of clashes between ISIL terrorists and US personnel in the area, citing the absence of shell craters and the traces of airstrikes there.

Tags: US Syria Russia ISIL
Short Link rasanews.ir/201oYi
Share
0
Please type in your comments in English.
The comments that contain insults or libel to individuals, ethnicities, or contradictions with the laws of the country and religious teachings will not be disclosed