Rasa - Lebanese President Michel Aoun lauded the Iranian government for supporting his country in the fight against the terrorist groups, and denied the western media allegations on Tehran's meddling in Lebanon's affairs. 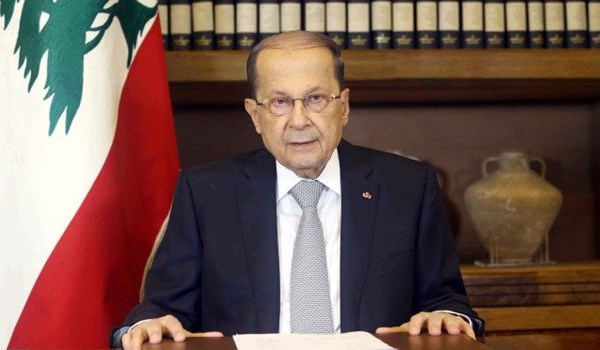 The Lebanese president also appreciated Iran's unsparing support for his country in the fight against terrorism.

President Aoun, meantime, predicted that the war in Syria will soon come to an end and that Syrian President Bashar al-Assad will remain in power.

"Syria's future will be built upon Assad and the people in the country," the Lebanese president said.

In relevant remarks in late May, Iranian Parliament Speaker Ali Larijani in a message to his Lebanese counterpart Nabih Berri underlined the need for broadening of mutual cooperation between Tehran and Beirut in different fields.

"Iran and Lebanon have the necessary potentials to expand their bilateral ties," Larijani said in his congratulatory message on the occasion of anniversary of the liberation of South Lebanon from the Israeli occupation.

The Iranian parliament speaker called the victory over Zionist regime, the result of unity between the Lebanese people and government against the occupying forces.

After the Zionist regime attacked Lebanon in 1982 and occupied South of the country, the Lebanese government with the help of resistance movement led by Hezbollah managed to force the occupiers to withdraw and liberate southern Lebanon after 18 years.

Tags: Iran Terror Lebanon Hezbollah
Short Link rasanews.ir/201oYb
Share
0
Please type in your comments in English.
The comments that contain insults or libel to individuals, ethnicities, or contradictions with the laws of the country and religious teachings will not be disclosed