Rasa - The Saudi-led coalition warplanes launched tens of assaults in Yemen's provinces of Sa'deh and Hajjah as well as Najran and Assir regions in Southern Saudi Arabia during the last one day. 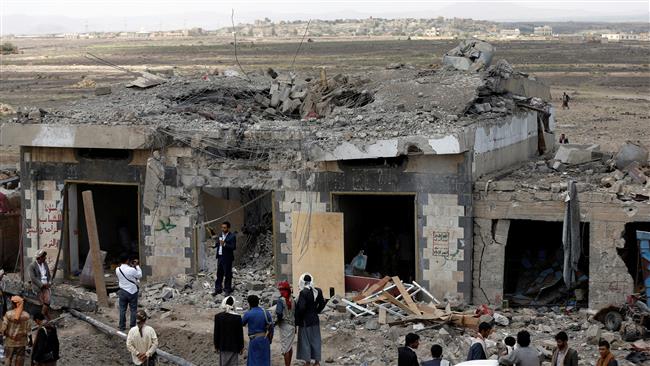 Also the Haraz and Midi regions in Hajjah province in Western Yemen were 20 times pounded by the Saudi warplanes.

Meantime, the Saudi air force conducted 24 assaults on the two bases of al-Sharfeh and al-Shabakeh controlled by Yemeni forces and two raids on al-Taleh base in Najran region in Southern Saudi Arabia.

Also in the past 24 hours, the Saudi helicopters launched over 22 airstrikes on the positions of the Yemeni troops in Sahwah base in Assir region in Southern Saudi Arabia.

The cholera outbreak in Yemen which began in April, has also claimed 2,000 lives and has infected 700,000, as the nation has been suffering from what the World Health Organization (WHO) describes as the “largest epidemic in the world” amid a non-stop bombing campaign led by Saudi Arabia. Also Riyadh's deadly campaign prevented the patients from traveling abroad for treatment and blocked the entry of medicine into the war-torn country.

Tags: Yemen Saudi
Short Link rasanews.ir/201oYG
Share
0
Please type in your comments in English.
The comments that contain insults or libel to individuals, ethnicities, or contradictions with the laws of the country and religious teachings will not be disclosed