Iran not buying 'beautiful' weapons from US

Rasa - Foreign Minister Mohammad Javad Zarif has touched on Iran’s missile power, saying the country is developing its own defenses instead of buying billions of dollars worth of the so-called beautiful military equipment from the US. 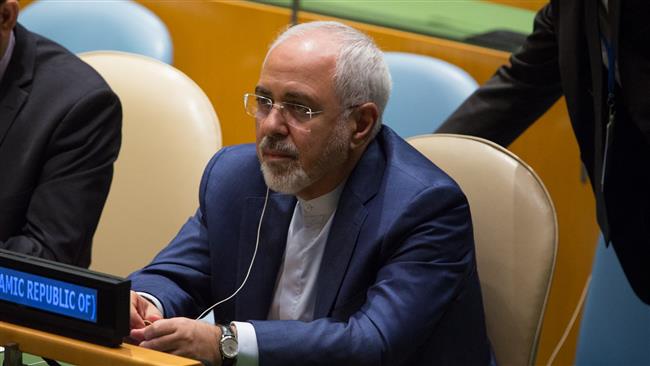 RNA - Zarif was referring to US President Donald Trump’s remarks before a meeting with Qatrai Emir Sheikh Tamim bin Hamad Al Thani back in May, when he said, “One of the things we will discuss is the purchase of lots of beautiful military equipment because nobody makes it like the United States.”

“We have said time and again and we have proven that our missiles are for defense,” Zarif said in an interview with the US news network CNN aired on Sunday.

During the Iraqi-imposed war on Iran in the 1980s, Zarif noted, Iranian cities were being “showered” by missiles of the former Iraqi dictator Saddam Hussein, who was a “sweetheart” of the US and Western countries.

At that time, Iran did not have a single missile to use as deterrence, he said.

Zarif was asked about Iran’s reaction to Trump’s possible withdrawal from the agreement or its decertification.

The foreign minister said if the US withdrew from the 2015 multilateral nuclear deal, the Islamic Republic could walk away from the accord and resume its peaceful nuclear activities.

“Iran has a number of options, which include walking away from the deal and going back with greatest speed with its nuclear program, which will remain peaceful but which will not address and accept the limitations that we voluntarily accepted over out nuclear program."

The Trump administration has twice certified Iranian compliance with the deal in notifications to the US Congress under an American law. But it has signaled that a third verification — due in mid-October — would not be forthcoming.

Zarif told CNN host Fareed Zakaria that the certification is not part of the deal, but rather a US internal procedure, adding that the only authority that has been recognized to verify the nuclear deal is the International Atomic Energy Agency (IAEA).

Iran and the five permanent members of the UN Security Council – the United States, France, Britain, Russia and China – plus Germany signed the deal, known as the Joint Comprehensive Plan of Action (JCPOA), in July 2015 and started implementing it in January 2016.

Under the deal, Iran applied some limits to its nuclear program in exchange for the termination of all nuclear-related sanctions against it.

All the parties to the deal are determined to sustain it except Washington, which seems to be planning a unilateral withdrawal.

Tags: US Zarif
Short Link rasanews.ir/201oY8
Share
0
Please type in your comments in English.
The comments that contain insults or libel to individuals, ethnicities, or contradictions with the laws of the country and religious teachings will not be disclosed