Rasa - Bahraini and Western officials say Israel is on the path to normalize diplomatic ties with Bahrain as the two sides draw closer, with an announcement even possible in the relatively near future. 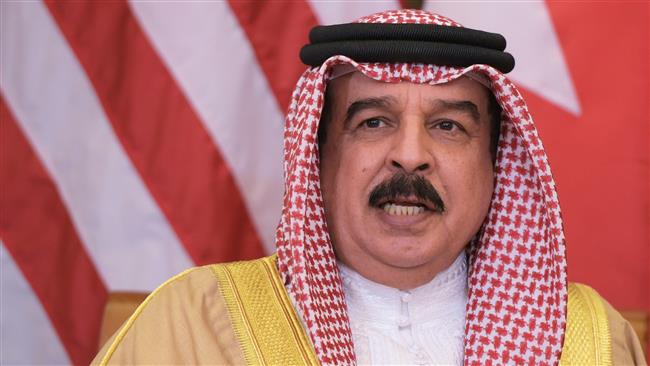 RNA - The unnamed officials told the Middle East Eye news portal on Saturday that an official announcement of the establishment of relations could happen as soon as next year.

The officials said Bahrain and Israel are already working to set up exchange visits of businessmen and religious figures, and even of ministers.

“I do not think we will witness the opening of an Israeli embassy here, but probably we will have official visits from ministers of trade and economic affairs,” one unnamed Western official was quoted as saying.

The contacts would in time be followed by official announcements of business deals between Tel Aviv and Manama, the source added.

Establishing ties with Israel, the official said, would not be problematic. “Israel does not threaten our security or conspire on us but Iran certainly does,” the official claimed.

Tehran is a constant critic of the Bahraini regime's crackdown on pro-democracy protests with the help of Saudi troops. Manama frequently claims arrest of elements linked to the Islamic Republic which Iran has dismissed as baseless.

Meanwhile, human rights groups have repeatedly denounced the arrests as arbitrary and criticized the Bahraini regime for forced confessions and torture of detainees.

Bahrain has no formal diplomatic relations with Israel. However, a trickle of Israeli tourists and businessmen have been known to visit the Persian Gulf island of 1.4 million people in recent years.

According to a secret US diplomatic cable published by WikiLeaks, the Bahraini king boasted to an American official that Manama had contacts with Israel “at the intelligence/security level" meaning Mossad.

Earlier this week, Israeli newspapers quoted a prominent rabbi who met with Bahrain’s King Hamad bin Isa Al Khalifa as saying that the king told him he opposed the Arab states’ boycott of Israel and intended to allow citizens from his kingdom to visit Israel.

Israel’s Foreign Ministry confirmed on its Twitter account, "Bahrain's King Hamad bin Isa Al Khalifah denounced the Arab boycott against Israel and has confirmed that Bahraini citizens are now free to visit #Israel." The post, however, was quickly deleted.

In 2009, Bahrain’s Crown Prince Sheikh Salman bin Hamad Al Khalifa penned an op-ed for the Washington Post, in which he urged Arab countries to communicate more with Israel.

Bahraini citizens took to Twitter to express their outrage at the foreign minister’s move.

"How could he (Peres) rest in peace while the cries of mothers whom had lost their children hunt him to the grave? How could he rest in peace and the blood of martyrs in Palestine and Lebanon cries for vengeance,” Khalel tweeted.

Khalil Bhazaa, another Twitter user, said, "You offer your condolences to a man who led an occupation … a person who participated in the expulsion of an Arab population from its original homeland.”

In December 2016, a video clip was shared on social media, showing Bahraini dignitaries and traders dancing next to rabbis in an Israeli celebration in Manama.

In May 2017, Manama witnessed the first visit of an Israeli official at the 67th congress of football's world governing body, FIFA, leading hashtag #Bahrain_refuses_normalization to go viral.

Most recently, Bahrain's Prince Nasser presented on behalf of his father, King Hamad bin Isa Al Khalifah, the Bahrain declaration on religious tolerance at the pro-Israeli Museum of Tolerance in the US city of Los Angeles.

Ali al-Fayez, a Bahraini opposition activist, said the Palestinian cause had always united the Bahraini people and the government did not represent the will and political orientation of the people.

Nasser al-Fadhala, the general secretary of the Bahraini Association to Resist Normalization, said the Manama regime was violating the constitution, which explicitly affirms upholding Arab and Islamic causes - the Palestinian cause being top on the list.

"Each time they make further advancements towards normalization, popular discontent and upheavals will increase. They should not violate our agreements with them," he added.

Tags: Israel bahrain
Short Link rasanews.ir/201oY3
Share
0
Please type in your comments in English.
The comments that contain insults or libel to individuals, ethnicities, or contradictions with the laws of the country and religious teachings will not be disclosed