Rasa - The World Health Organization (WHO) said over 700,000 cases of cholera have been registered in Yemen since April 27. 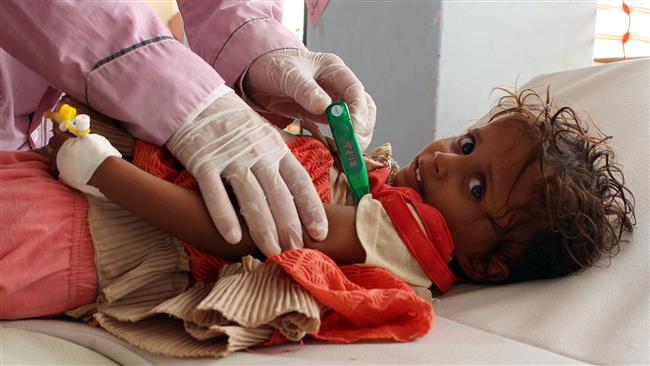 RNA - WHO also said at least 2,103 cholera-related deaths had been recorded in 22 out of Yemen’s 23 provinces, Albawaba reported.

Yemen’s Socotra province, a small four-island archipelago in the Arabian Sea, is the only part of the country to remain unaffected by the epidemic.

According to the WHO, the highest number of fatalities, almost 400, were recorded in Yemen’s Northwestern Hajjah province, while the most number of cases, more than 91,000, have been recorded in the Western Hudaida province.

Yemen has been under invasion by Saudi-led forces since 2015 when Saudi Arabia launched an air campaign aimed at rolling back gains by Yemeni forces.

According to the International Committee of the Red Cross, more than 3 million Yemenis have fled their homes since the conflict began, while more than 20 million are in need of humanitarian assistance.

Tags: cholera Yemen Saudi
Short Link rasanews.ir/201oXs
Share
0
Please type in your comments in English.
The comments that contain insults or libel to individuals, ethnicities, or contradictions with the laws of the country and religious teachings will not be disclosed