Suicide soaring among US female veterans

Rasa - American female veterans are committing suicide at more than twice the rate of civilian women, a US government study has found. 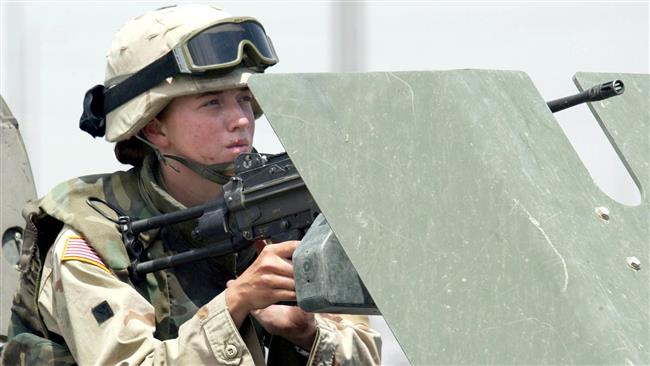 RNA - The survey released by US Department for Veteran Affairs on Friday, showed that the ratio of women veterans who took their own lives increased from 1.88 in 2013 to 2.15 in 2014 compared to non-veteran females.

The report’s findings were based on data gathered from 50 US states along with Puerto Rico and the District of Columbia and analyzed more than 55 million people who left the US military between 1970 and 2014.

“These findings are deeply concerning, which is why I made suicide prevention my top clinical priority,” said VA Secretary Dr. David J. Shulkin.

Critics blasted Shulkin’s agency for attempting to throw the "suicide stats out the back door" by releasing the report at "the close of business" in late Friday, when it was likely to go unnoticed by most news outlets.

The new VA report confirmed previous studies that suicide rate among veteran women had been steadily rising over the past decade. The age-adjusted rate of suicide has shown a 24-percent increase for both men and women veterans between 1999 and 2014.

While in general more American men commit suicide than women, the rate of suicide among female veterans has outgrown that of male veterans during the same period.

Today, the VA is providing care to some two million women veterans. This is while, almost 15 percent of the US Army’s 1.3 million troops on active duty are women.

While all soldiers are deemed vulnerable to experiencing post-traumatic stress disorder (PTSD), depression, financial constraints and injuries in warfare, female soldiers in the US military face more serious challenges.

Female US military personnel experience more instances of sexual harassment, sexual discrimination and rape in the military compared to men, an issue that leads to mental health issues, or "military sexual trauma," to borrow the words of Letrice Titus, herself a veteran.

The systematic discrimination against women in the US military came to light in 2014, after groups of female veterans sued the VA for denying claims by thousands of women who said they had suffered PTSD after enduring harassment during their service.

Tags: Soldier US Suicide
Short Link rasanews.ir/201oXk
Share
0
Please type in your comments in English.
The comments that contain insults or libel to individuals, ethnicities, or contradictions with the laws of the country and religious teachings will not be disclosed