Rasa - In past few days, the Palestinian political scene has witnessed a variety of developments, all signaling changes in the approaches of the major groups' leaders who seek defusing the tensions in the way to give a chance to the national unity government initiative to go ahead. 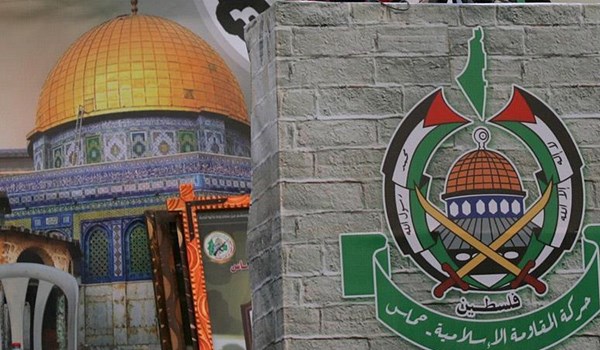 RNA - In past few days, the Palestinian political scene has witnessed a variety of developments, all signaling changes in the approaches of the major groups' leaders who seek defusing the tensions in the way to give a chance to the national unity government initiative to go ahead.

A set of steps have been taken towards this end. First, Hamas in Gaza Strip announced dissolution of an executive committee that was formed to administer the besieged enclave in the absence of an appropriate national unity government. The Palestinian movement further made a proposal inviting the West Bank-based government of Prime Minister Rami Hamdallah to come and administer the impoverished strip. Hamas, furthermore, responded positively to the plan to hold general elections across the Palestinian territories as well as to the Egyptian suggestion for going to the negotiating table with the rival Fatah movement to bridge the gaps for national harmony.

The objective for fresh cooperation between the two Palestinian factions is to implement the terms of 2011 Moscow agreement this time with Egypt mediation. Following Hamas's reconciliatory steps, Mahmoud Abbas, the head of Fatah movement and president of the Palestinian Authority spoke on phone to the leader of Hamas Ismail Haniyeh.

Following these developments at home, Abbas during his address of the United Nations General Assembly on Tuesday in an unprecedented tone blasted the Israeli violations against the Palestinians, adding that there was a need for resistance against the Israeli repression to restore the “seized rights” of the Palestinian people.

A question presents itself here: What factors have driven the two Palestinian factions' shift of attitudes, and caused Mahmoud Abbas to establish contacts with Hamas and embark on resistance policy?

Certainly, a leading force behind Abbas return to the Hamas is the frustration with American-Israeli peace plans. In fact, the Palestinian leader has now come up with the conclusion that setting heart on the US-backed initiatives hardly bears fruits. During the past few months, Trump and his foreign policy team made attractive promises to settle the problem once and forever, however, to the frustration of the Palestinian side, no achievement was made to restore rights of the Palestinians. The American-sponsored initiatives' reaching an impasse has very well paved the way for Hamas-Fatah closeness, pushing them to decide that the solution to the problem very much relies on national cohesion and cooperation rather than setting hope to the Washington's fake pledges of help.

The Palestinian Authority in the so-called peace negotiations with the Israeli regime has always emphasized on Tel Aviv regime to halt its illegal settlement projects, release the Palestinian prisoners, and guarantee the right for the displaced Palestinians to return home, however the Israeli side has never observed the abovementioned demands.

The Israeli lack of commitment to any vows pushes the Palestinian leadership to the notion that even if a peace deal is reached, Tel Aviv is poised to breach its terms anytime and thus Palestinians will turn out to be losers of any accord. Further determination was given to the Palestinian groups to seek unity after Trump announced plans to relocate the US embassy from Tel Aviv to the Al-Quds (Jerusalem), giving the idea to Abbas that Washington is by no means a patron to the Palestinian cause, and pressures to resume peace talks are only intended to garner further advantages to the Israeli regime. The Palestinian leader hereby began to believe that return to resistance is the most efficient option.

Hamas, an all-time uncompromising shield of the Palestinian people’s rights against the Israeli violations, now has gained more popularity among the Palestinian public opinion and voters. This is also understandable from the past and recent victories in the general elections and polls.

A poll conducted by the Palestinian Center for Policy and Survey Research (PSR) in the occupied West Bank and besieged Gaza Strip revealed that an overwhelming majority have lost faith in Palestinian President Mahmoud Abbas, with two-thirds of poll participants demanding his resignation.

The poll, which was conducted between September 14-16 and published on 21 September, revealed that if presidential elections were to be held today across the West Bank and Gaza, Hamas leader Ismail Haniyeh would win against Abbas.

Hamas and Fatah holding of the reconciliatory negotiations indicates that the two Palestinian parties now understand that without national cohesion it is unfeasible to address their nation’s cause and solve their problems. The frequent West and Israeli regime’s breaking of promises very well made it clear to the Palestinians that their division is behind impairment of their bargaining power. Fatah and Hamas have now come to the understanding that disunity is the key factor that spoils their chances to use the international platforms to make their voice heard and win support of the independent global sides that share their voice in condemnation of the Israeli regime's crimes and violations. So recent Hamas and Fatah steps toward national reconciliation are expected to bring about constructive changes to the way of the Palestinians' struggle for their ideals.

Tags: Fatah Hamas
Short Link rasanews.ir/201oXf
Share
0
Please type in your comments in English.
The comments that contain insults or libel to individuals, ethnicities, or contradictions with the laws of the country and religious teachings will not be disclosed