Rasa - US President Donald Trump's controversial travel ban is set to expire over the weekend leaving the nationals from six Muslim majority countries in suspense. 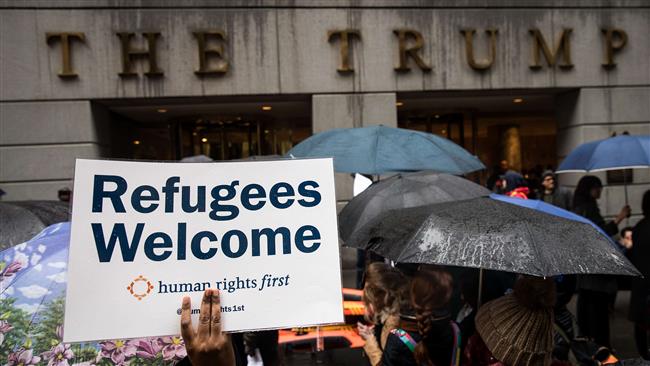 RNA - "The Trump administration will ensure we only admit those who can be properly vetted and will not pose a threat to national security or public safety," a White House official said on Friday, the Wall Street Journal reported.

The report did not mention which countries would be affected by the latest restrictions.

The travel ban which went into effect in June suspended travel for people from Iran, Libya, Somalia, Sudan, Syria and Yemen for 90 days and locked out refuges for 120 days.

The Department of Homeland Security's plan is to replace the policy which would allow embassies or representatives in the six counties resume granting visas to their nationals planning to visit the United States for work, study, pleasure or to emigrate.

Trump has argued that the restrictive measures are necessary to prevent terrorist attacks on US soil, rejecting criticism that they single out people based on their religion.

Critics, however, say the restrictions constitute a religious ban in line with Trump's campaign promise to introduce a “total and complete shutdown” on Muslims.

The second version of Trump’s ban, excluding Iraq from the list of Muslim countries signed in March faced more than two dozen lawsuits in US courts, and the 9th Circuit court of Appeals in the state of Washington succeeded in halting the order, arguing it violated constitutional protections against religious discrimination.

The Supreme Court is due to hear oral arguments in the challenge to the March 6 order on October 10.

Tags: Travel ban Trump
Short Link rasanews.ir/201oXY
Share
0
Please type in your comments in English.
The comments that contain insults or libel to individuals, ethnicities, or contradictions with the laws of the country and religious teachings will not be disclosed