All US Plans in Mideast Ended in Defeat

Rasa – The US has ended up with several defeats after military campaigns in the Middle East region, a top Iranian general noted, saying Washington failed to overthrow the Syrian government even by deployment of 90,000 terrorists from around the world to Syria. 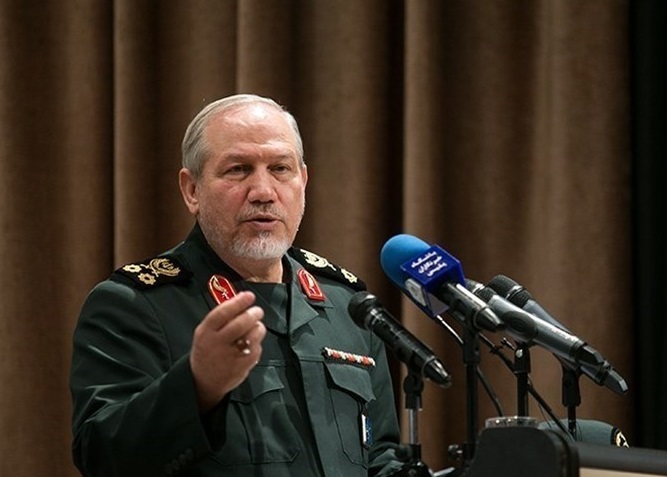 RNA - The US has gained nothing but failure in all of its military operations in the Middle East, Major General Yahya Rahim Safavi, a top military aide to Leader of the Islamic Revolution Ayatollah Seyed Ali Khamenei said in a gathering of Friday prayer worshippers in Tehran.

Pointing to the US’ humiliating defeats in Iraq and Afghanistan after suffering heavy casualties, the Iranian general said Washington could not even save its ally, Israel, from losing in the wars against Lebanon and the Gaza Strip.

After all those futile attempts, Americans mobilized more than 90,000 terrorists around the world and dispatched them to Syria in order to protect the Zionist regime of Israel by overthrowing Syrian President Bashar al-Assad’s government, but have gained nothing after seven years of war in Syria as the terrorists have been defeated, Major General Rahim Safavi added.

His comments came a day after Ayatollah Khamenei described Washington’s anger over its defeats in West Asia as the reason for US President Donald Trump’s “foolish” remarks against Iran in the UN speech.

“The foolish, very ugly, and ignoble speech of the US president, with its gangster and cowboy language full of sheer lies, is rooted in their anger, frustration, and light-headedness,” Ayatollah Khamenei said on Thursday.

The remarks did not stem from power but from anger and frustration because the Americans are infuriated that their years-long plots in West Asia have been foiled following the Islamic Republic’s effective presence in the region, the Leader stated.

Tags: Yahya Rahim Safavi US Iran
Short Link rasanews.ir/201oXU
Share
0
Please type in your comments in English.
The comments that contain insults or libel to individuals, ethnicities, or contradictions with the laws of the country and religious teachings will not be disclosed