Rasa - Palestinian President Mahmoud Abbas has called on the UN to end Israel’s "apartheid" regime in the occupied Palestinian territories. 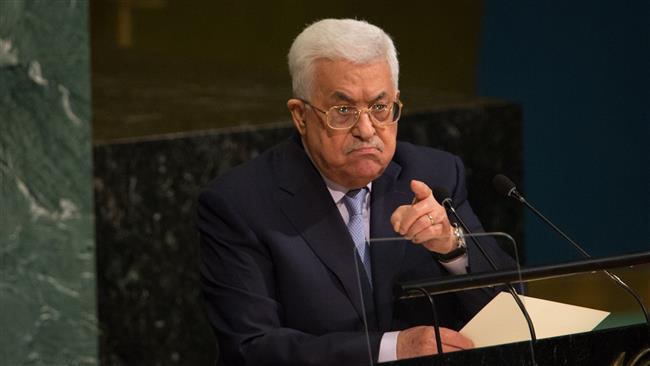 RNA - “We are entrusted and you are entrusted to end apartheid in Palestine," said Abbas while addressing the 72nd UN General Assembly in New York on Wednesday.

He further condemned Israel’s settlement activities, stressing that they are "everywhere" and are jeopardizing the so-called two-state solution to the Israeli-Palestinian conflict.

"The two-state solution is today in jeopardy. We cannot as Palestinians stand still in the face of this ongoing threat that is targeting our national, political and social existence on our land, and endangering regional and international peace and security. We will have to take steps or look for alternatives to preserve our national existence and to keep open the horizons for peace and security. However, all the alternatives we are looking into will be non-violent alternatives, non-violent, non-violent," he said.

"To save the peace process and the two-state solution, I urge this organization and your honorable states to... actively pursue efforts to bring an end to the Israeli occupation of the State of Palestine within a set timeframe," Abbas added.

Tags: Palestinian Israel
Short Link rasanews.ir/201oX3
Share
0
Please type in your comments in English.
The comments that contain insults or libel to individuals, ethnicities, or contradictions with the laws of the country and religious teachings will not be disclosed