Rasa - The Israeli regime is holding at least 58 Palestinian women, including 10 minors, "under dire conditions" in its jails, the Prisoners and Freed Prisoners Committee says. 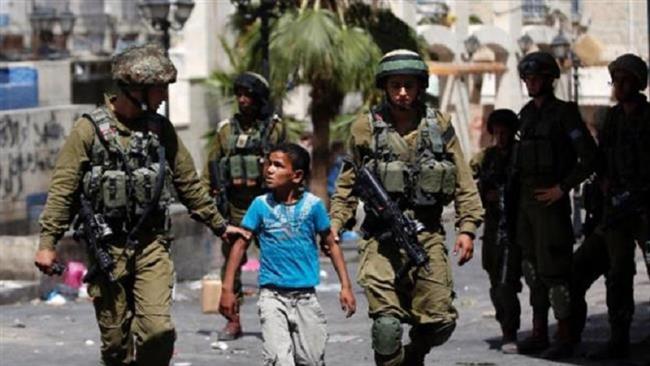 RNA - The committee recently said the female prisoners were being held in HaSharon and Damon jails. It said the Palestinian women suffered physical and emotional abuse by the Israeli Prison Service (IPS).

The basic rights of the inmates, the committee said, are violated as they have no access to essential needs such as medical care. Several of the jailed women were under 18 when they were sentenced and they have turned 18 behind Israeli bars.

The number of female prisoners in Israeli jails has increased in the past several months. The Palestinian women are serving sentences of eight months to 16 years, and some of them are held without charge or trial under the so-called administrative detention policy.

Many Palestinian prisoners have gone on hunger strike in recent months to protest the administrative detention. In 2015, the Israeli regime passed a controversial bill allowing the force-feeding of hunger-striking inmates.

Some 6,500 Palestinians are currently being held in Israeli jails, 536 of them arbitrarily, according to figures provided by the Palestinian prisoners’ rights group Addameer. Palestinian inmates complain that they have been subjected to assault and torture at Israeli prisons.

The committee also said the Israeli regime had arrested 110,000 Palestinians since signing the Oslo Accords in 1993; the detainees included 16,000 children and 1,700 women and girls. It said 103 Palestinian prisoners had died or were killed inside Israeli jails during this time.

An overwhelming majority of Palestinian prisoners are civilians and they have been arrested in areas under full control of the Palestinian Authority, the committee said.

Tags: Palestinian Israel
Short Link rasanews.ir/201oX2
Share
0
Please type in your comments in English.
The comments that contain insults or libel to individuals, ethnicities, or contradictions with the laws of the country and religious teachings will not be disclosed