Hate crimes spike in major US cities in 2017

Rasa - Hate crimes have spiked by almost 20 percent in major US cities so far in 2017, after increasing by 5 percent nationally last year, fueled by the election of President Donald Trump, according to a new study. 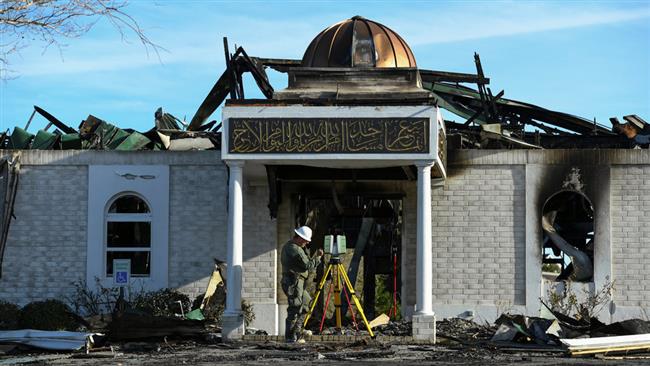 RNA - The number of hate crimes in 13 US cities with a population of over 250,000 rose to 827 incidents, up 19.9 percent from 690 reported during the same period last year, according to police data compiled by the Center for the Study of Hate and Extremism at California State University at San Bernardino.

In New York City, hate crimes jumped 28.4 percent; in Los Angeles by 13 percent; in Philadelphia by 9 percent; in Chicago by 8.3 percent, and in Phoenix by a whopping 46 percent.

A hate crime is often defined as a violent crime motivated by hate based on race, color or national origin, among other factors.

Major hate crimes reported this year included the fatal stabbing of two men protecting a hijab-wearing Muslim woman in May in Portland, Oregon; the stabbing of an African-American man in New York City in March and the killing of a protester in Charlottesville, Virginia last month.

All were committed by “avowed white supremacists,” said Brian Levin, director of the hate and extremism studies center in California.

Trump’s divisive anti-immigration policies have reinvigorated white nationalist groups across the US.

Trump was widely criticized for equivocating in his condemnation of the Charlottesville incident, placing the blame on the "many sides" rather than specifically criticizing the white supremacists who gathered for the rally and marched through the town at night carrying flaming torches and calling out slogans reminiscent of fascist displays in Nazi Germany.

Levin blamed the rise of hate crimes on “emboldenment and mainstreaming of white nationalism” since Trump won the election.

“What is so unusual about 2016 ― with the exception of the Midwest ― and particularly among the largest jurisdictions with the best data, was a clear and dramatic spike for the election period that was unlike anything I can recall in my professional career,” he said.

Levin said that hate crimes have increased during every presidential election since 1992. Last year, he said, there were "profound spikes" in hate crimes around the November 8 elections.

If 2017 ends with an overall increase, it would mark the third consecutive annual rise in hate crimes, something not seen since 2004, Levin said.

Most hate crimes go unreported. According to a recent report by the federal government's Bureau of Justice Statistics, more than half of the 250,000 hate crimes that took place each year between 2004 and 2015 were not reported to the police.

Tags: Muslim Hate Crime
Short Link rasanews.ir/201oWy
Share
0
Please type in your comments in English.
The comments that contain insults or libel to individuals, ethnicities, or contradictions with the laws of the country and religious teachings will not be disclosed