Iranian president: No one will trust US if Trump nixes JCPOA

Rasa - Iranian President Hassan Rouhani has stressed that if US President Donald Trump reneges the JCPOA "no one will trust America again." 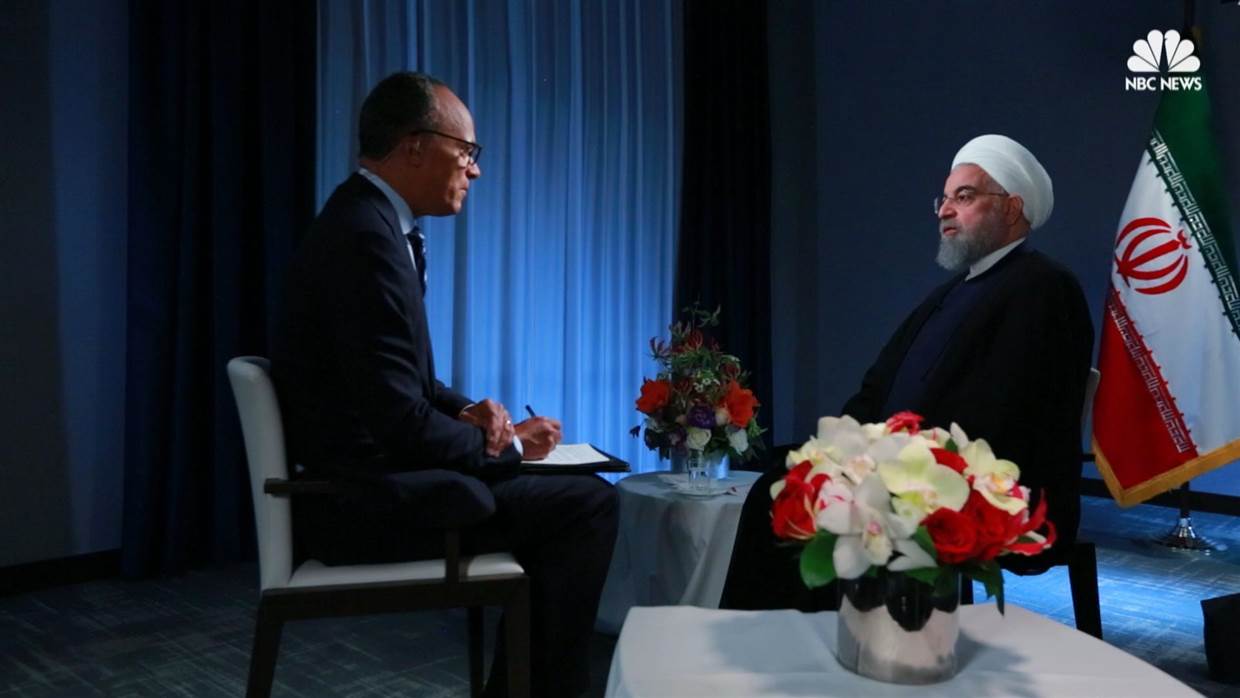 RNA - Rouhani made the remarks on Tuesday, during an interview with NBC News ahead of Trump’s address to the United Nations General Assembly.

The Joint Comprehensive Plan of Action (JCPOA) was signed by Iran and the five permanent members of the United Nations Security Council – the United States, France, Britain, Russia and China – plus Germany signed the nuclear agreement on July 14, 2015 and started implementing it on January 16, 2016.

Since Trump took office, the US has launched an attack against the nuclear deal negotiated between Iran and the world powers, including Washington, threatening to abandon the deal on multiple occasions.

"Every word was analyzed many times by countries involved before its ratification, so if the United States were to not adhere to the commitments and trample upon this agreement, this will mean that it will carry with it the lack of subsequent trust from countries towards the United States because the greatest capital that any country has is trust and credibility," he added.

Rouhani further noted that if the US were to pull out of the deal Iran’s commitments would no longer exist.

“One of the options and choices were one of our counterparts not to remain in the current framework would be to go back to previous activities…This is one option. And that's not difficult. We can easily go back to previous conditions if counterparts were to not live up to their commitments. But you do know fairly well that Iran will not be the initiator of this return to that path."

Iran’s president went on to stress that his would only engage in peaceful activities, and that Islamic Republic had no wish to leave the JCPOA.

"So we will never go towards production of nuclear weapons, just as in the past we never intended to go towards that path nor did we ever. It has always been peaceful," he added.

He further noted that Iran’s missiles, fell outside the nuclear agreement and that Tehran would never sacrifice its "defensive missile capabilities."

"We wish to have nuclear energy for peaceful uses just as today, in Arak, there is collaboration between America, China and Iran for the completion of the power plant in Arak,” he added.

Tags: NBC News JCPOA Rouhani
Short Link rasanews.ir/201oWY
Share
0
Please type in your comments in English.
The comments that contain insults or libel to individuals, ethnicities, or contradictions with the laws of the country and religious teachings will not be disclosed