Rasa - At least nine civilians have been killed when Saudi military aircraft carried out an airstrike against a residential area in Yemen as the Saudi regime presses ahead with an atrocious military campaign against its crisis-hit southern neighbor. 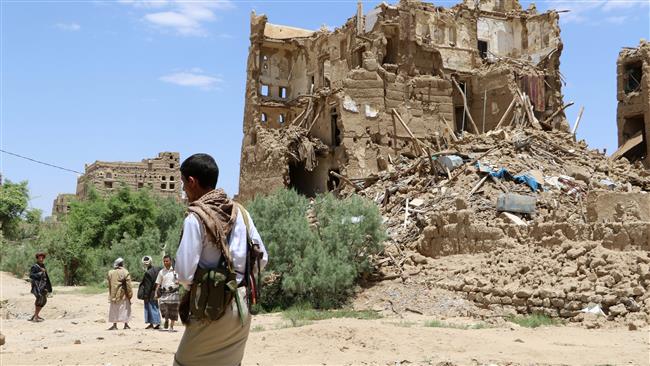 The sources identified the victims as members of the same family.

Later in the day, Yemeni troopers and allied fighters from Popular Committees fired a medium-range Qaher M2 ballistic missile at a gathering of Saudi-sponsored militiamen loyal to resigned president Abd Rabbuh Mansur Hadi in the al-Hazm district of the northern province of Jawf.

There were no immediate reports on possible casualties among the mercenaries and the extent of damage inflicted on their military hardware.

Saudi Arabia has been incessantly pounding Yemen since March 2015 in an attempt to crush the popular Houthi Ansarullah movement and reinstate Hadi, who is a staunch ally of the Riyadh regime.

Tags: Yemen Saudi
Short Link rasanews.ir/201oWV
Share
0
Please type in your comments in English.
The comments that contain insults or libel to individuals, ethnicities, or contradictions with the laws of the country and religious teachings will not be disclosed