Rasa - A survey shows that 67 percent of Palestinians want the resignation of President Mahmoud Abbas and 75 percent remain skeptical of the role the administration of US President Donald Trump plays in resolving the Israeli-Palestinian conflict. 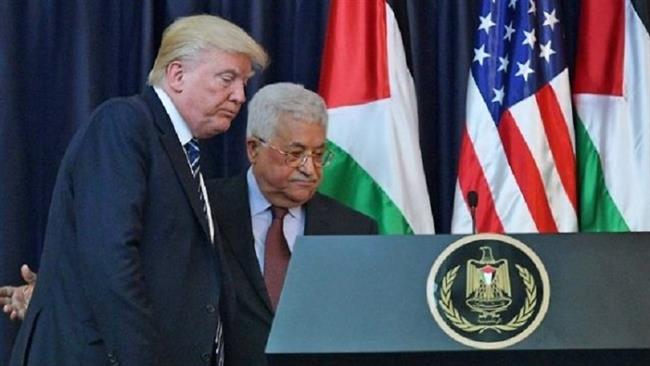 RNA - The result of the survey, conducted by the Palestinian Center for Policy and Survey Research among 1,270 Palestinians, was published Tuesday. It showed that only 33 percent of Palestinians wanted Abbas to remain in office. Three quarters believed the Trump administration was not serious about a peace deal.

The poll showed 52 percent of Palestinians still supported a two-state solution, but 57 percent said it was no longer feasible because of Israel's settlement expansion.

The Survey Research poll had an error margin of three percentage points.

The latest survey comes a day ahead of a meeting between Abbas and Trump on the sidelines of the UN General Assembly.

President Trump, who has not publicly supported establishing a Palestinian state or offered another path forward, said this week that his administration was "working very hard" toward a deal.

In 1948, Israeli forces seized vast expanses of Palestinian territories in Western-backed military operations and forced hundreds of thousands of Palestinians from their homeland.

Israel later withdrew from Gaza but has kept the coastal enclave under a crippling siege since 2007.

Israel has also launched several wars on the Palestinian sliver, the last of which began in early July 2014. The Israeli military aggression, which ended on August 26 that year, killed nearly 2,200 Palestinians. Over 11,100 others were also wounded.

Palestinian officials say they want the resolution of the conflict with Tel Aviv based on the two-state solution along the pre-1967 boundaries. However, Israel has been building settlements deep within territory that the Palestinians want for their future state.

A picture taken on August 24, 2017 shows Palestinian demonstrators burning pictures of US President Donald J. Trump and the Israeli flag in the West Bank city of Ramallah, during a protest against the arrival of a US delegation headed by Senior White House Advisor Jared Kushner to meet with Palestinian president Mahmoud Abbas. (Photo by AFP)

Abbas’s popularity has been sinking in the absence of strong diplomacy against Israel, a stagnating West Bank economy and the resurgence of forms of corruption that had been significantly reduced under former Prime Minister Salam Fayyad.

Abbas, 82, is suddenly surrounded by a series of political challenges that amount to jockeying for succession.

Hamas has shunned contacts with Israel, while the Palestinian Authority maintains security coordination with Tel Aviv.

The coordination and whether Hamas would subject its security forces to the Palestinian Authority command have persistently thrown off the prospect of reconciliation between the Palestinian factions.

Tags: Palestinian Abbas
Short Link rasanews.ir/201oWU
Share
0
Please type in your comments in English.
The comments that contain insults or libel to individuals, ethnicities, or contradictions with the laws of the country and religious teachings will not be disclosed