Rasa - Israeli forces Tuesday detained 16 Palestinians during raids in several areas in the West Bank, according to the Palestinian Prisoner’s Society (PPS). 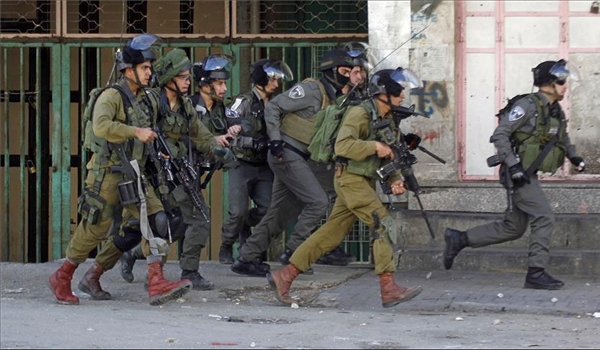 RNA - PPS said in a statement that Israeli forces detained four Palestinians from Hebron, two from Qalqilya, and other two from Nablus, WAFA reported.

Meanwhile, two people from Bethlehem were detained, two more from Salfit, three from Jenin and one from Tubas.

According to statistics by Prisoners Support and Human Rights Association, the total number of Palestinian political prisoners in Israeli prisons is 6,297 as of August 2017 with 465 of them being administrative detainees, 300 minors and 65 females.

Tags: Palestinian Israel
Short Link rasanews.ir/201oWL
Share
0
Please type in your comments in English.
The comments that contain insults or libel to individuals, ethnicities, or contradictions with the laws of the country and religious teachings will not be disclosed