Rasa - The US government is looking at more entry bans like the one imposed against citizens of several Muslim countries earlier this year, says US President Donald Trump’s National Security Advisor, General H. R. McMaster. 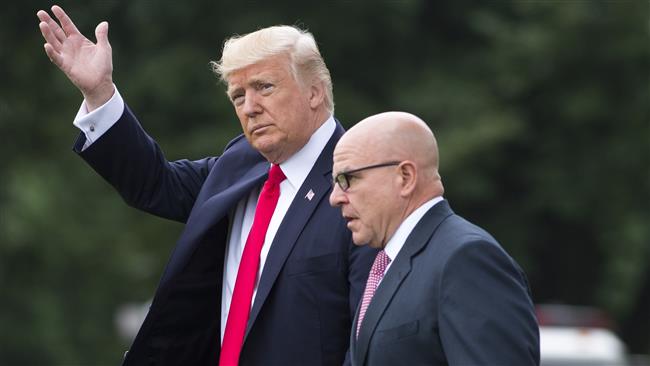 RNA - Speaking to ABC News on Sunday, McMaster said Trump’s so-called Muslim ban was just “the first step” in ensuring that only people who could be adequately screened were allowed into the US.

After failing to push his first travel ban against citizens from several Muslim countries shortly after taking office in January, Trump introduced a revised version in early March which came into effect despite overwhelming legal objections from a number of states.

The new ban, which remain in effect until next month, bans people from six predominantly Muslim countries—Iran, Libya, Sudan, Yemen, Somalia and Syria—from entering the US unless they have a "bona fide relationship" with a family member in the country. The initial ban also included Iraq.

McMaster did not rule out more passport restrictions in the future, saying the Trump administration was already weighing more measures to ensure the safety of its people.

"This is something we're looking at, is how to protect the American people better. How to ensure that we know who these people are who are moving," he explained.

The Supreme Court handed Trump a partial win in June when it allowed the administration to temporarily implement the ban, after federal judges in Washington and Hawaii tried to block it.

In another ruling in Trump’s favor, the Court allowed the government to temporarily lift restrictions on the administration’s travel ban, blocking an opportunity for tens of thousands of refugees to enter the US.

The ruling would have allowed refugees to enter the country if they obtained promises of assistance from refugee resettlement organizations. An estimated 24,000 refugees have obtained such promises.

Tags: Travel ban Trump
Short Link rasanews.ir/201oW3
Share
0
Please type in your comments in English.
The comments that contain insults or libel to individuals, ethnicities, or contradictions with the laws of the country and religious teachings will not be disclosed