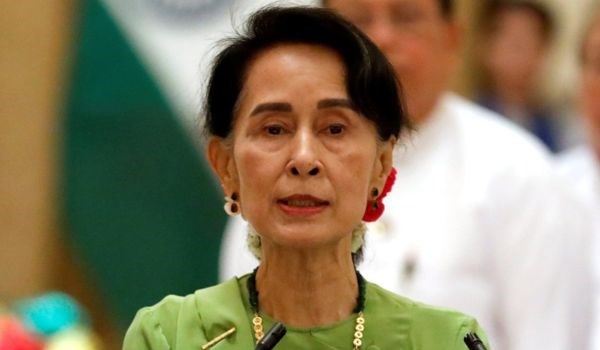 RNA - Over 400,000 people from the ethnic and religious minority have fled western Rakhine state into Bangladesh since the launch of fresh operations by Myanmar's military in August, according to the UN, New Arab reported.

"She has a chance, she has a last chance, in my opinion, to do so," Guterres added.

While some have argued that Suu Kyi has little sway over the army - which ruled the country for decades, Guterres was adamant about her role in intervening, warning that "the tragedy will be absolutely horrible", if the situation is not reversed.

The Rohingya crisis will be a top priority for the UN General Assembly over the coming week, where members will meet at the body's headquarters in New York.

Suu Kyi cancelled an appearance at the meeting and will instead make a televised address from Myanmar on Monday.

The mass exodus from western Myanmar began at the end of August, when the country's military launched a crackdown in Rakhine.

Myanmar's military alleges that Rohingya militants attacked army bases in the state, however, has come under widespread criticism for targeting civilians.

The campaign has been described as one of "ethnic cleansing" by Human Rights Watch and UN chief Guterres.

His warning to Myanmar's leader followed news that Bangladesh will limit the movement of the hundreds of thousands of Rohingya refugees currently within its borders.

Police in Bangladesh say that the refugees will not be allowed anywhere outside of their allocated homes, while transport companies and landlords have been urged not to do business with recent Rohingya arrivals.

Tags: UN Myanmar
Short Link rasanews.ir/201oVx
Share
0
Please type in your comments in English.
The comments that contain insults or libel to individuals, ethnicities, or contradictions with the laws of the country and religious teachings will not be disclosed