Rasa - Several militants of Al-Nusra Front (Tahrir al-Sham Hay'at or the Levant Liberation Board) were killed and several more were wounded in clashes with Faylaq al-Rahman rival terrorists in Eastern Ghouta on Monday. 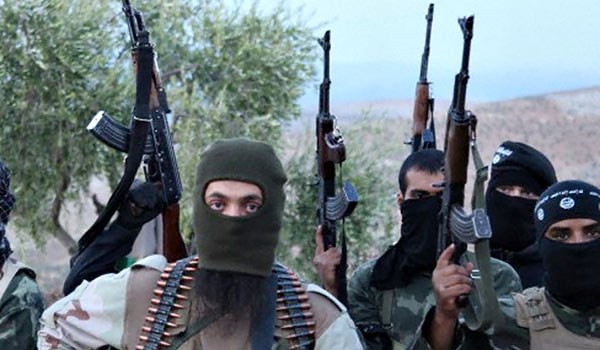 Faylaq al-Rahman's Spokesman Wael Alwan said on Sunday that one of the key media activists of Jeish al-Islam was killed in exchange of fire with the rival terrorists of Faylaq al-Rahman in Eastern Ghouta.

Alwan said that Faylaq al-Rahman's terrorists opened fire at a group of Jeish al-Islam terrorists that intended to approach Fayalq's positions near Hamouriyeh in Eastern Ghouta, leaving Khaled al-Omari, one of the media activists of Jeish al-Islam, dead and some others wounded.

Alwan urged Jeish al-Islam to retreat from the region as soon as possible to put an end to the provocations.

Tags: Nusra Syria
Short Link rasanews.ir/201oVv
Share
0
Please type in your comments in English.
The comments that contain insults or libel to individuals, ethnicities, or contradictions with the laws of the country and religious teachings will not be disclosed