Rasa - French police reportedly issued a confidential note based on an analysis of terrorists' propaganda, warning of possible lone-wolf attacks causing trains to derail and even food poisoning. 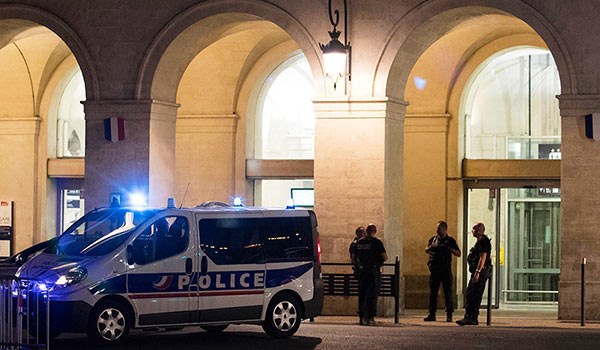 RNA - “Due to recent terrorists' propaganda urging plans for train derailment, particular attention should be paid to any reports of intrusion or attempted sabotage on the premises of railways,” a seven-page report compiled by the police directorate at the beginning of September reads, Le Parisien reported.

The document, which focuses on aspects of “terrorists' propaganda” over the past three months, warns that terrorists are instructed to make explosives “as shown in tutorials,” conceal their radicalization, cause “train derailments, forest fires or food poisoning" in Europe.

The highest police authorities confirm in the report, citing the propaganda analysis, that “the threats of attack remain very high” in France. The confidential document notes that apart from the railway network, increased vigilance is requested for schools and universities, including “sensitive products or materials” which terrorists may steal from laboratories for homemade explosives.

Tourist attractions such as churches, considered “a symbol of the western way of life,” are also listed among the potential targets most vulnerable to attack. The police report also mentions the threat of assaults in which people are attacked by speeding cars. Similar incidents happened this summer in London and Barcelona.

It is highly recommended that car rental companies check the identity of their customers and “report without delay any suspicious behavior” or “theft of vehicles.”

In its 2017 Terrorism Situation and Trend Report EU’s main police agency, Europol, warned in June that ISIL has no lack of volunteers, who are often literate and increasingly include women and children ready to carry out attacks in the West, where 10 of 13 terrorist plots successfully hit their targets in 2016.

The report notes that, despite suffering major defeats in Syria and Iraq, ISIL continues to plan more complex, mass-casualty attacks in the West, particularly in Europe.

According to Europol, more than 5,000 individuals emanating from the EU are believed to have travelled to conflict areas in Syria and Iraq joining terrorist groups especially ISIL.

As was observed in 2015, individuals from Belgium, France, Germany and the UK account for the majority of this total.

Tags: Terror EU
Short Link rasanews.ir/201oVt
Share
0
Please type in your comments in English.
The comments that contain insults or libel to individuals, ethnicities, or contradictions with the laws of the country and religious teachings will not be disclosed