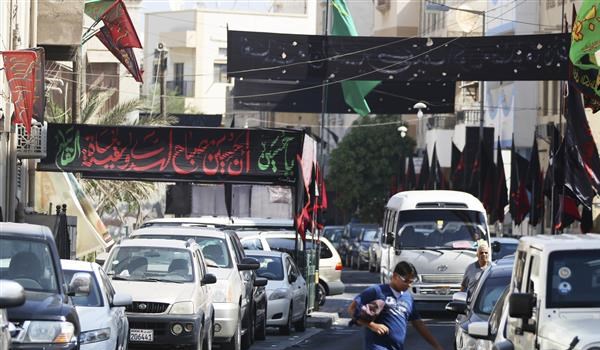 Since 2011, Bahraini authorities have been following a strict security approach against the Shiite Muslims in the country. Multiple incidents of assault and vandalism by the ministry's forces have taken place against Ashura manifestations.

At the end of 2014, Al-Wefaq Society, which was proscribed by the authorities, recorded in a detailed report such incidents of assault. In total, Al Wefaq recorded 76 violations linked to restrictions on religious freedoms were committed during Muharram mourning ceremonies that year.

The first ten days of Muharram, the month of the Islamic Hijri calendar, mark the martyrdom of the third Shiite Imam and the grandson of Prophet Mohammad SAW, Imam Hussein AS, in 680 AD in a battle with the tyrant of the time. The tenth day of Muharram, known as Ashura, marks the day when Imam Hussein was martyred with 72 of his loyal companions.

The historic event's message of resistance and rising up against tyranny has been key to the evolution of a culture which rejects abjection at any rate.

The tyrannical Bahraini regime is scared that the masses revitalize their uprising during the mourning ceremonies and has therefore tightened security to prevent processions.

Meanwhile, Bahraini security forces intensified their presence in the house surrounding of the spiritual leader of Shiite majority, Sheikh Isa Qassim, who has been under house arrest since May 23, 2017.

The authorities revoked the citizenship of Sheikh Qassim in June 2016 and put him on trial for exercising the Shiite Islam's obligatory Khums (alms) collection and distribution.

Tags: Muharram bahrain
Short Link rasanews.ir/201oVp
Share
0
Please type in your comments in English.
The comments that contain insults or libel to individuals, ethnicities, or contradictions with the laws of the country and religious teachings will not be disclosed