Rasa - The military chiefs of Iran and Pakistan have called on the Muslim world to take more concrete actions to end the violence against the persecuted Rohingya Muslims in Myanmar’s Rakhine state. 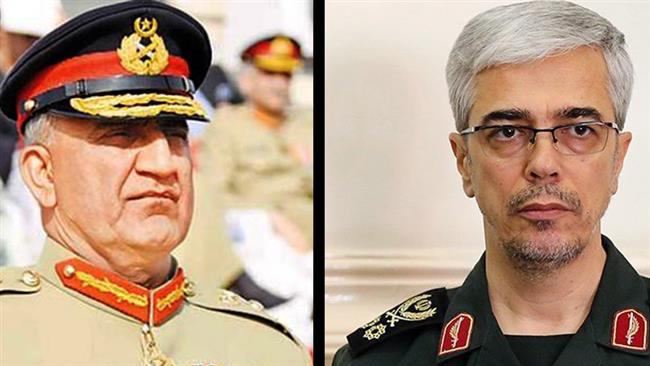 They said the measures taken to help Rohingya refugees were not enough, urging all military and non-military organizations in the Muslim world to mobilize their resources and facilities to speed up the dispatch of humanitarian aid to the Rohingya Muslims.

Myanmar’s forces have been attacking Rohingya Muslims and torching their villages in Rakhine state since October 2016. The attacks have seen a sharp rise since August 25, following a number of armed attacks on police and military posts in the troubled western state.

The United Nations said on Saturday that an estimated 409,000 Rohingya Muslims had fled the violence in Myanmar and crossed into neighboring Bangladesh, as Dhaka pleads for global help to cope with the humanitarian crisis.

The latest figure came a day after the UN announced that some 391,000 Rohingya refugees had entered Bangladesh, showing a leap of 18,000 in a matter of a day. The exodus from the violence-wracked Rakhine state makes it one of the fastest growing refugee crises in recent years.

The head of the Iranian Red Crescent Society, Morteza Salimi, said on Saturday that forty tons of Iran's relief aid had reached the Bangladesh's border with Myanmar.

Salimi, who was on board the flight to the southeastern Bangladeshi city of Chittagong, announced before the flight that Iran was ready to send another 160 tons of aid for the fleeing Rohingya minority, and was also prepared to construct emergency camps for the refugees on the Bangladesh's border with Myanmar.

Tags: Iran Pakistan Myanmar
Short Link rasanews.ir/201oVg
Share
0
Please type in your comments in English.
The comments that contain insults or libel to individuals, ethnicities, or contradictions with the laws of the country and religious teachings will not be disclosed