Rasa - The United Nations Security Council is drawing up a resolution that will authorize UN investigators to help Iraq collect evidence to prosecute Daesh terrorists for committing war crimes in the Arab country. 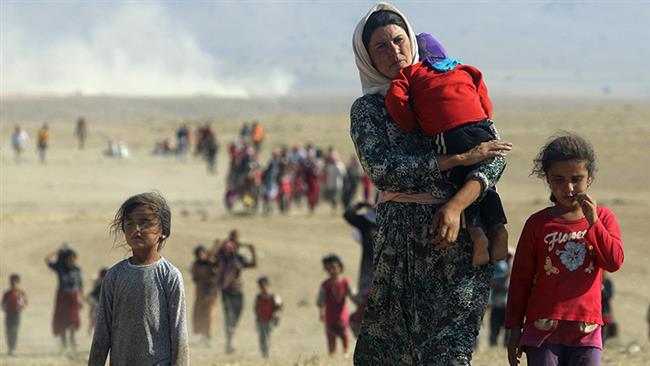 RNA - A diplomat, who requested anonymity, said on Saturday that the Security Council hoped to put the resolution to the vote next Thursday.

The draft resolution tasks UN Secretary General Antonio Guterres with setting up an investigative team in order to assist Iraq in keeping evidence "that may amount to war crimes, crimes against humanity and genocide" by Daesh.

British Ambassador to the UN Matthew Rycroft confirmed a few months ago that the resolution was meant to help Iraq “with the difficult but crucial challenge of preserving the huge amount of evidence of Daesh crimes committed on Iraqi territory.”

Iraqi Foreign Minister Ibrahim al-Jaafari also said last month in a letter addressed to the UN chief that the government in Baghdad was working on the draft Security Council resolution.

“The crimes committed by the Daesh terrorist organization against civilians and destruction of infrastructure and archaeological sites in Iraq are crimes against humanity, which makes it important to bring its perpetrators from Daesh terrorist gangs to justice, in accordance (with) the Iraqi law,” the letter read.

Daesh unleashed a campaign of death and destruction in Iraq in 2014, seizing Mosul and declaring it as its so-called “capital” in the Middle Eastern state.

Iraqi army soldiers and allied fighters have been leading a major campaign to rid the country of the Takfiri elements.

The Iraqi forces fully liberated Mosul in July. They are now engaged in counter-terrorism operations elsewhere in the country.

Tags: DAESH UN Iraq
Short Link rasanews.ir/201oVb
Share
0
Please type in your comments in English.
The comments that contain insults or libel to individuals, ethnicities, or contradictions with the laws of the country and religious teachings will not be disclosed