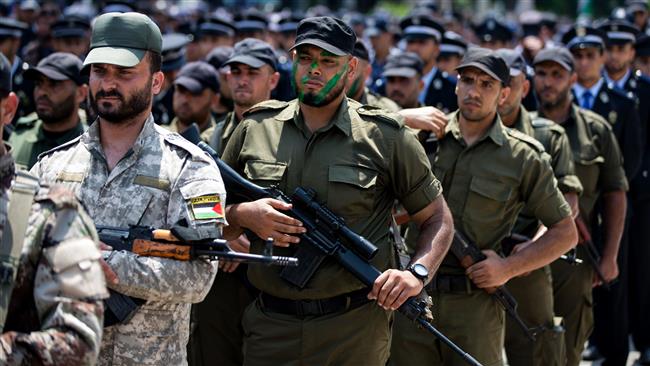 RNA - In a statement issued on Sunday, the Palestinian resistance movement underlined its “desire to achieve national unity" after a 10-year rift that has left Palestinians divided between two governments.

Hamas has been running the Gaza Strip since 2006 when it scored a landslide victory in Palestinian parliamentary elections, leaving Abbas in control only of the autonomous areas of the West Bank.

Hamas said it had agreed to dissolve an administrative committee that runs Gaza, invite the Palestinian Authority led by waAbbas to return to Gaza and hold new elections.

The statement followed negotiations held last week in Cairo between the movement’s officials and a delegation sent by Abbas.

Abbas's government has compounded the misery of the Gazans through “punitive measures” which it has imposed to squeeze Hamas and force it to relinquish the control of the enclave.

Among a series of economic sanctions has been the reduction of payments for Gaza electricity, which has prompted Israel to drastically cut power supply to the territory of 1.8 million residents to less than four hours a day.

Last month, Abbas threatened to gradually cut financial support to the impoverished strip “by 100 percent” until Hamas agreed to reconcile with Fatah. The overall deprivations are estimated to render Gaza uninhabitable by 2020.

Hamas has shunned contacts with Israel, while the Palestinian Authority maintains security coordination with Tel Aviv.

The coordination and whether Hamas would subject its security forces to the Palestinian Authority command have persistently thrown off the prospect of reconciliation between the Palestinian factions.

The Sunday statement stopped short of offering information about either issue.

Tags: Fatah Hamas
Short Link rasanews.ir/201oVX
Share
0
Please type in your comments in English.
The comments that contain insults or libel to individuals, ethnicities, or contradictions with the laws of the country and religious teachings will not be disclosed