Suicide among US war veterans highest in west, rural areas

Rasa - Newly released US government data shows suicide rate among military veterans as considerably higher in western and rural parts of the country, further indicating that female and older veterans are at higher risk and that social isolation, gun ownership and limited access to health care are likely factors. 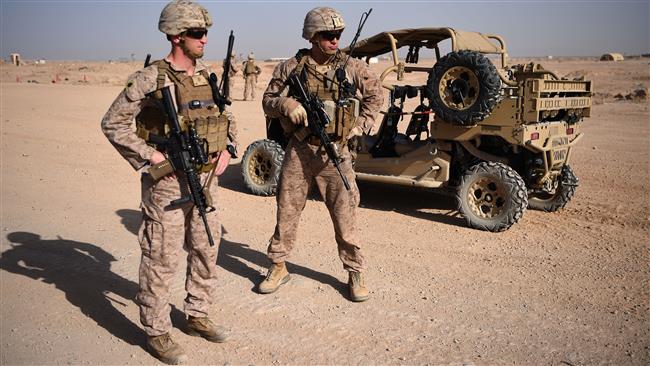 RNA - The new figures are the first-ever Department of Veterans Affairs (VA) data on suicide that show wide state-by-state disparities, demonstrating that states such as Montana, Utah, Nevada and New Mexico have had the highest rates of veteran suicide as of 2014 -- the most current VA data available, the AP reported Saturday.

According to the official report, the suicide rates among US war veterans in the four states stood at 60 per 100,000 individuals, which is much higher than the average veteran suicide rate of 38.4.

Veterans in large parts of those states must drive 70 miles (112 kilometers) or more to reach the nearest VA medical center for treatment.

The overall suicide rate in Western states, the latest data shows, stood at 45.5 while all other regions of the US had rates below the national average rate.

The new VA data also reconfirmed drastic demographic differences: Female veterans are at much greater risk, with their suicide rate 2.5 times higher than for civilian women. This is while the suicide risk among male veterans was 19 percent higher than civilian men.

As a whole, however, older veterans make up most military suicides, according to the government report, which pointed out that nearly 65 percent of the victims were age 50 or older.

Other states with high veteran suicide rates, including mostly rural West Virginia, Oklahoma and Kentucky, had greater levels of prescription drug use, including opioids.

This is while a 2016 VA study found that veterans who received the highest doses of opioid painkillers were more than twice as likely to die by suicide compared to those receiving the lowest doses.

"This report is huge," said epidemiologist Rajeev Ramchand, who studies suicide for the government-sponsored RAND Corporation. He further noted that the suicide rate is higher for veterans than non-veterans in every single US state by at least 1.5 times. "No state is immune."

"This requires closer investigation into why suicide rates by veteran status are higher, including the role that opiates play," Ramchand emphasized.

"These findings are deeply concerning, which is why I made suicide prevention my top clinical priority," VA Secretary David Shulkin said recently. "This is a national public health issue."

The VA has reported a major hike in the number of veterans seeking medical care after returning from conflicts in Afghanistan and Iraq, where the US military has intervened in purported bids to root out terrorism and bring stability to the troubled regions.

Terrorism, however, expanded drastically in both countries since the US-led military meddling as Washington seeks another upsurge of troops in the war-torn nations following major withdrawals.

The latest data provides more detailed breakdowns on national figures released in 2016, which saw 20 veterans committing suicide per day. The statistics come from the largest study of veterans' records by the VA in a bid to uncover new information on where to direct resources and identify veterans most at risk.

Tags: US Suicide
Short Link rasanews.ir/201oVP
Share
0
Please type in your comments in English.
The comments that contain insults or libel to individuals, ethnicities, or contradictions with the laws of the country and religious teachings will not be disclosed