Rasa - Saudi Arabia's airstrikes have killed seven civilians, including women and children, and injured five others in Yemen’s central province of Ma'rib. 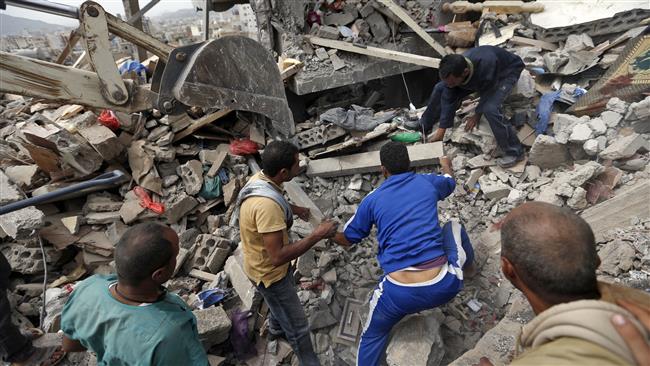 RNA - The strikes hit Harib al-Qaramish district, Yemen's al-Masirah television network reported on Saturday. There are no more details available yet regarding the attack.

Saudi Arabia along with its allies -- Bahrain, Kuwait, the United Arab Emirates, Egypt, Jordan, Morocco, and Sudan-- has been pounding Yemen since March 2015 in an attempt to crush the popular Houthi Ansarullah movement and reinstate the former Yemeni president Abd Rabbuh Mansur Hadi, a close ally of Riyadh.

Tags: Yemen Saudi
Short Link rasanews.ir/201oVI
Share
0
Please type in your comments in English.
The comments that contain insults or libel to individuals, ethnicities, or contradictions with the laws of the country and religious teachings will not be disclosed