Rasa - Protests have turned violent in the US city of St. Louis after police confronted demonstrators who were out in the streets against the acquittal of a white former police officer in the shooting death of black man several years ago. 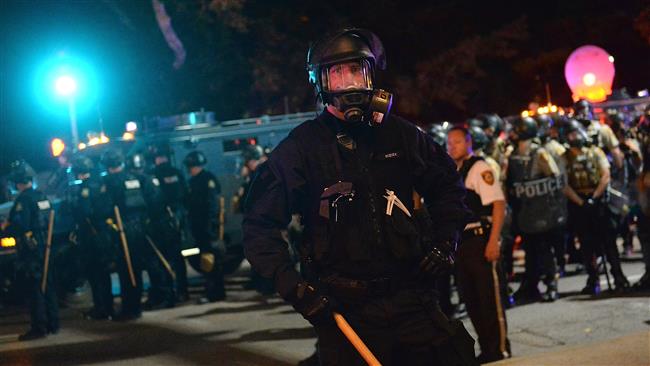 Protest continued throughout the day and into the night with police using tear gas against people and arresting at least 30 protesters, interim St. Louis Police Chief Lawrence O'Toole said early Saturday. He said some nine police officers were injured.

“Many of the demonstrators were peaceful," O’Toole said. “However, after dark many agitators began to destroy property and assault police officers."

Police said that "agitators have converged on Mayor Krewson's house. Throwing rocks and breaking windows, despite being instructed not to."

Police said they had to use tear gas and pepper balls on the crowd after some officers were hurt by thrown bricks.

Stockley had said he acted in self-defense and believed Smith was reaching for a gun in his car. Prosecutors, however, accused the officer of planting a gun in Smith's car.

In the recent ruling, Judge Wilson said the state failed to prove that the officer did not act in self-defense.

St. Louis Circuit Attorney Kimberly Gardner, however, said she was “disappointed” with the decision.

Since then, police shootings and following decisions not to charge the officers in most of the cases involved, have sparked protests across the US including, New York, Chicago, Los Angeles, Baltimore, San Francisco, and many other cities.

Tags: Black US US
Short Link rasanews.ir/201oVH
Share
0
Please type in your comments in English.
The comments that contain insults or libel to individuals, ethnicities, or contradictions with the laws of the country and religious teachings will not be disclosed