Rasa - The CIA is seeking authority from the White House to carry out covert drone attacks in Afghanistan and other war zones, along with the Pentagon, which has so far had the lead role for conducting such airstrikes in the country. 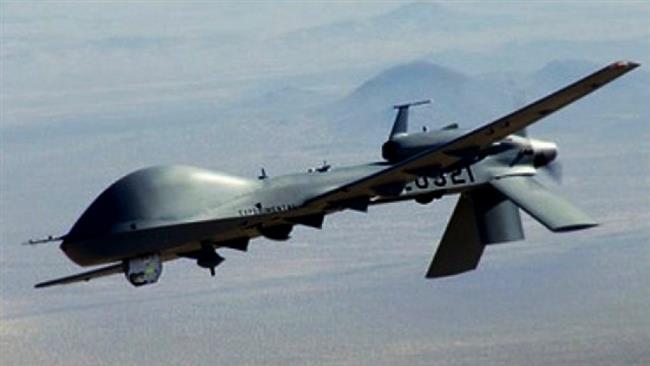 According to the sources, CIA Director Mike Pompeo has in recent weeks made a forceful case to Trump that the restrictions imposed on the agency during the administration of former President Barack Obama has limited the US’s ability to conduct “counter-terrorism operations.”

Obama imposed the restrictions in part to limit civilian casualties, the report said.

Pompeo suggested earlier this week that Trump favors granting the spy agency greater authorities to go after militants. “When we’ve asked for more authorities, we’ve been given it. When we ask for more resources, we get it.”

If approved, it would be the first time the CIA would have the power to conduct such attacks in Afghanistan. The spy agency has been conducting such airstrikes across the border in  Pakistan for about a decade.

Critics say, the Trump administration—if approve the proposal— would open the way for broader air strikes in such countries as Libya, Somalia and Yemen, where the United States is purportedly fighting the Daesh terror group, al-Qaeda or both.

Pentagon, which has until now, had the role for conducting such strikes, expressed concern over the proposal, saying  American troops on the ground in Afghanistan could end up bearing the burden of any CIA attacks that would kill civilians, the Times said.

The CIA has for failed to acknowledge its drone attacks, which usually claim the lives of civilians, including children in Pakistan. Pakistan says the drone strikes violate its sovereignty. Washington, however, accuses Pakistan of  providing safe havens for militants.

Late last month, Trump pledged to take tougher line with Pakistan and made it clear that he was going to increase the US military presence in Afghanistan. He admitted that his ‘original instinct was to pull out’ but he has changed his mind.

A senior director of programs at Amnesty International USA, Zeke Johnson, said in a statement that “the last thing the US should be doing right now is expanding a global, secret killing program.”

“By its own admission, the US government’s use of drones has meant the deaths of civilians and there has been insufficient accountability,” Johnson added.

Trump’s plans to step up air strikes on militants in Afghanistan, which risk increasing civilian casualties, has though sparked no vocal criticisms from Afghan President Ashraf Ghani.

Tags: US Afghanistan
Short Link rasanews.ir/201oV8
Share
0
Please type in your comments in English.
The comments that contain insults or libel to individuals, ethnicities, or contradictions with the laws of the country and religious teachings will not be disclosed