Rasa - Friday’s terror attack in Britain, which left at least 29 people injured in a London underground train, has once again triggered a public debate about fighting terrorism and the root cause of extremist ideology. 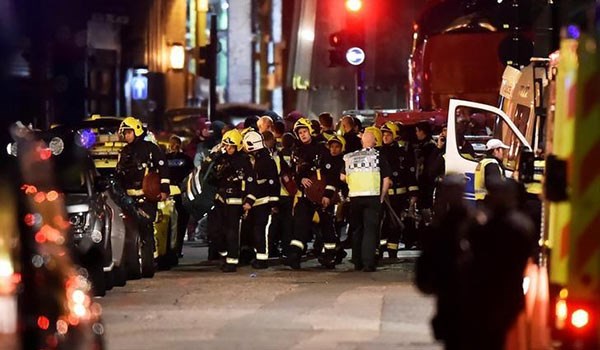 RNA - Catherine Shakdam, director of Shafaqna Institute for Middle Eastern Studies from Tehran, and Richard Millett, a journalist and political commentator, from London discussed the issue in an interview.

Catherine Shakdam said the Western powers especially Britain are aware of the fact that Saudi Arabia is promoting Wahhabism, which is spreading extremism and terrorism, but the Western authorities neglect the controversial issue and even continue to sell arms to the Arab country.

“There is a very direct link in between the way that foreign policies are being formulated in Western capitals – in London in particular – towards Saudi Arabia for example ... and terrorism itself,” the analyst said on Friday night.

Until the West addresses the “ideology” behind promoting terrorism, which is “Wahhabism,” the world will continue to suffer from terrorist attacks time and again, she noted.

Shakdam said that she did not think “counter-terrorism is actually countering anything at this point, because we (the West) continue to empower the very radicals to come back to our streets in London, in Paris and in other capitals across the world including the Middle East.”

Referring to the Saudis’ policy, she argued, “Saudi Arabia has empowered radicals to continue to terrorize populations just because they think that they are the most righteous and that they have the right to terrorize and bully people into submission.”

“The only country today that is promoting terrorism is actually Saudi Arabia,” the commentator stipulated.

In July, the Henry Jackson Society, a British think tank, reported that Saudi Arabia is the main sponsor of extremism in the UK, urging a probe into sources of money being injected mainly by the Riyadh regime into the institutions promoting radicalism in the European state.

Millett, the other guest on the show, said Saudi Arabia is not the only country that should be blamed for extremism.

He claimed that rivalry between Iran and Saudi Arabia has been the source of spreading terrorism around the world.

“You cannot just blame Saudi Arabia. Iran and Saudi Arabia have to get around the table ... and say look, let’s have peace, let’s stop exporting the ideologies, let’s concentrate on our own countries,” he opined.

Millett also warned that weakening Saudi Arabia and refusing to sell arms to the Arab country would empower Iran and its allies in the Middle East region.

Tags: Terror UK
Short Link rasanews.ir/201oV2
Share
0
Please type in your comments in English.
The comments that contain insults or libel to individuals, ethnicities, or contradictions with the laws of the country and religious teachings will not be disclosed