Iranian Army Prepared to Counter Foreign Threats at Any Level

Rasa – Iran’s Army Commander Major General Seyed Abdolrahim Mousavi praised the country military might and said his forces are ready to counter any threats posed by enemies against the Islamic Republic “at any level”. 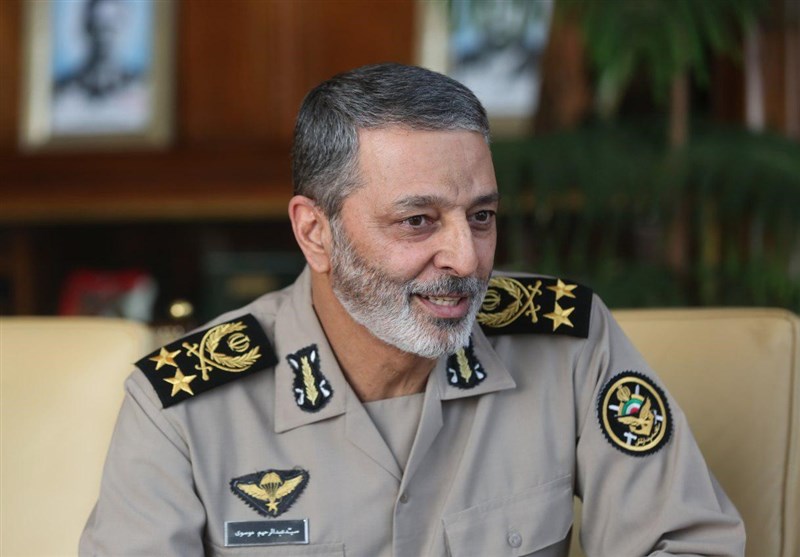 RNA - Addressing a ceremony in commemoration of Iranian Martyrs in the central city of Qom on Friday, Major General Mousavi hailed the country’s self-sufficiency in the production of military hardware and said the issue has made the Islamic Republic one of “unknown powers in the world”.

“The Iranian army is prepared to counteract the enemy’s actions and moves at any level,” the commander noted.

“Today, the enemy has come to the conclusion that the only way to deal with Iran is to interact and accept the power of the Islamic Republic’s Establishment in all fields,” he added.

In similar comments earlier this month, Chief of Staff of the Iranian Armed Forces Major General Mohammad Hossein Baqeri cautioned the enemies of the heavy costs they would have to pay in case of any military action against Iran.

He said the enemies will not be the one deciding when and how to end such a war, which would not remain confined to Iran’s borders.

He also stressed that a military aggression against Iran, however unlikely, would not involve boots on the ground because the enemies know what tough Iranian fighters they are going to be up against.

Iranian military experts and technicians have in recent years made great headways in manufacturing a broad range of indigenous equipment, making the armed forces self-sufficient in the arms sphere.

Tehran has always assured other nations that its military might poses no threat to the regional countries, saying that the Islamic Republic’s defense doctrine is entirely based on deterrence.

Tags: Abdolrahim Mousavi Iran
Short Link rasanews.ir/201oUt
Share
0
Please type in your comments in English.
The comments that contain insults or libel to individuals, ethnicities, or contradictions with the laws of the country and religious teachings will not be disclosed