Kurdish Referendum: A Recipe for Disaster

Rasa - The Kurdistan Regional Government (KRG) is scheduled to vote on independence on Sept. 25, despite opposition by the international community and neighboring countries including Turkey and Iran. 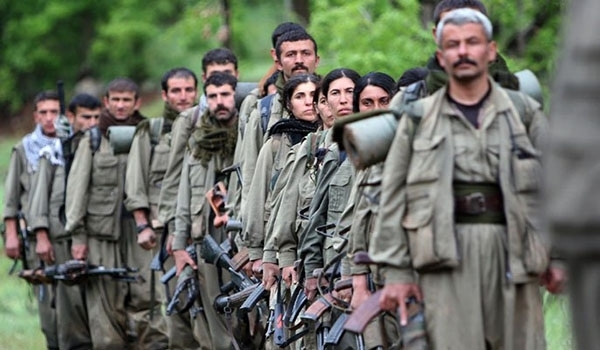 RNA - Except for the Israeli regime, no country in the world openly backs the upcoming Kurdish referendum. Far from it, the international community wants Iraq to be preserved as a unitary state - just like Syria. However, this does in no way mean that the United States is also forcibly opposing the independence referendum by the Iraqi Kurds.

- Disapprove though it may of the referendum, it is hard to see America abandoning the Kurdish autonomous enclave it fostered in 1991 and has backed ever since. By contrast, Iraqi, Iranian and Turkish officials sound increasingly anti-referendum. Many fear the Kurdish bid may even lead to Turkey's break-up in the long run. They say this referendum is a first step that will also set the stage for Turkey's disintegration.

- The United States and some of its allies are known to have plans since the invasion of Iraq in 2003 to create a Greater Kurdistan that would extend to several countries in the region, while the emergence of a Kurdish state is widely perceived as an existential threat to Turkey with a Kurdish population of nearly 20 million. Turkey would suffer the most from the Greater Kurdistan project.

- Some Kurdish parties are against the move. This referendum is not a development that would work in their favor, much less Turkey or Iraq. The referendum result itself will not mean an automatic declaration of independence as voters are simply being asked about their views on independence from Iraq. The danger is that a "yes" vote will give the KRG the green light to declare independence when circumstances are deemed suitable in the future. Whatever this is, it will lead to further instability in the turmoil-hit region.

- The Iraqi parliament has rejected the proposed referendum as unconstitutional and Prime Minister Haider al-Abadi has vowed the government would never allow the country to be divided. KRG President Massoud Barzani says, however, that he does not recognize the parliament's decision. Still, Baghdad will never allow its Kurdish citizens draw their own borders..

- The Turkish government may be a little silent about the referendum, but the risks for regional clashes to take place, which would result in an existential threat for Turkey, are getting increasingly higher. Yet, regional experts and pundits as well as officials in Iraq all anticipate the toughest response from Ankara as they believe that Turkey would be the first to stage even a full-scale war on Kurdistan if the KRG decides to declare an independent state. President Recep Tayyip Erdogan, who has in recent months voiced opposition to the referendum, had chosen to apparently ignore any question about the issue. Any such move by Kurdistan to declare a new world state could even be palatable to Ankara in ways, as it will provide an excuse for Turkey to wage war on Kurdish regions in Southern Turkey and Northern Iraq and occupy parts of the war-ravaged country for an unspecified period of time. The dissident Kurdish population - who conducted an armed insurgency for decades before giving up arms to give politics a chance - has always been a pain in the neck for Ankara. When the Kurdish parties won a meaningful minority in parliamentary elections last year to force Erdogan's party to start a coalition government according to the Constitution, the President and his prime minister resorted to every possible means enshrined in the Constitutional law to dissolve the parliament to have re-elections. Leaving the referendum issue unanswered will not make it go away.

To make things worse, the Kurds are also laying claim to some territories, including oil-rich Kirkuk, which are designated as disputed in the Iraqi Constitution.

- Under Washington’s directive, the Kurds plan to break ties with Turkey in about 10 to 15 years and move to establish a Greater Kurdistan after getting Turkey's predominantly Kurdish southeast. Israel's interest in Kurdish independence is the most striking evidence for that. Nobody in Washington or Tel Aviv who seriously knows the history of the region as well as the US-Israeli plans regarding the region would ever bother to discuss such a thing. The pre-planned agenda is to sidestep the unity government in Baghdad and provide further arms and assistance to Kurds after ISIL is fully defeated. This, in turn, will lead to the de facto partitioning of the country. This kind of colonial policy could only mean on thing: Divide and rule. That is precisely what they expect to get from this referendum.

At any rate, Iraq could only exist if their ethnic groups and communities remain politically united as a unitary state. The disintegration of the country and the ramping up of ethnic/religious hostilities will never do that. The US and Israel intend to keep a foothold in the very volatile and vitally important region after ISIL. They want the Kurds to break up Iraq into denominations in line with their strategic aims. If this doesn’t happen, Washington and Tel Aviv won’t be able to redraw new borders, create easier access to vital resources, and eliminate rivals to their hegemony.

This leads us to the conclusion that the upcoming Kurdish referendum is in fact a preplanned agenda to redraw the map of the Middle East. To fulfill that illusion that will fail certainly, the regime changers are now advocating the referendum unlike the public statements. As per the radical scheme, they want to make sure some allied politicians will continue to weaken the central government in Baghdad by triggering sectarian bloodletting and division.

The good news is that not only Prime Minister al-Abadi and religious/political leaders, but the entire international community have denounced the plan as an attempt to rip the country apart. These are dangerous times for the people of Iraq. They should never allow Washington and Tel Aviv to coax some politicians into ripping their country to shreds under any pretext. The upcoming Kurdish referendum is a recipe for disaster.

Tags: Kurdish Kurdistan Iraq
Short Link rasanews.ir/201oUr
Share
0
Please type in your comments in English.
The comments that contain insults or libel to individuals, ethnicities, or contradictions with the laws of the country and religious teachings will not be disclosed