Rasa - UNICEF has warned that more than half the nearly 400,000 Rohingya refugees who fled from Myanmar are children in dire condition. 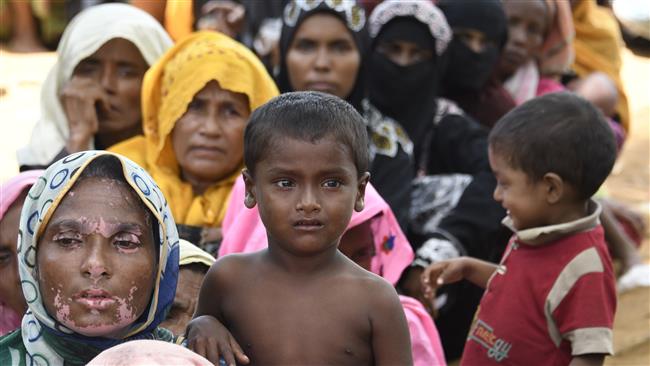 RNA - About 240,000 children, of whom 36,000 are less than a year old and 92,000 are under five years old, are living in squalid conditions where they are vulnerable to the spread of disease, the UN children's agency said on Friday. There are also about 52,000 pregnant and lactating women among the refugees.

According to latest estimates, about 391,000 Rohingya refugees have crossed into Bangladesh since violence erupted three weeks ago, making it one of the fastest growing refugee crises in recent years.

Aid agencies are overwhelmed by the sheer size of the exodus.

While a majority of the children are coming with their families, there were over 1,100 unaccompanied or separated children as of last week, UNICEF said.

Myanmar’s government has laid a siege to the western state of Rakhine, where the Rohingya Muslims are concentrated. There, horrific violence, including killing, rape and torching property has been taking place against the minority Muslims, according to reports and eyewitnesses.

Soldiers and extremist Buddhists have reportedly been killing or raping the Muslims and setting their homes on fire. Myanmar's government says 400 people, mostly Muslims, have died in the latest bout of violence. The UN says the actual number likely tops 1,000.

So far, the global community has failed to take action against the “ethnic cleansing” of the Rohingya and to immediately demand an end to the atrocities.

Tags: Muslim Rohingya Myanmar
Short Link rasanews.ir/201oUq
Share
0
Please type in your comments in English.
The comments that contain insults or libel to individuals, ethnicities, or contradictions with the laws of the country and religious teachings will not be disclosed