Yemenis to keep fighting with Saudis for independence

Rasa - A Middle East expert says Saudi Arabia has failed in Yemen, adding that the Yemenis will keep fighting with the Saudis in order to maintain their dignity and independence. 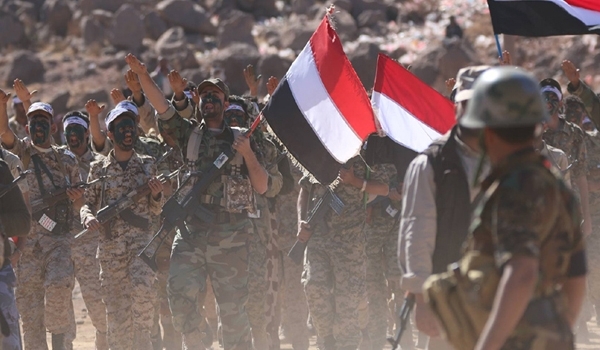 RNA - “The Yemeni people have something that the Saudis don’t which is a real fierce commitment to their cause. You cannot really buy loyalty. The Saudis tried to buy it and they do succeed in buying a fair amount of influence, but that influence is only skin deep. They cannot buy the hearts of people,” Kevin Barrett told in an interview on Friday.

“So this Saudi regime is ultimately very weak. It is a hollow kind of regime. It is kind of a paper tiger and people have been speculating about how long it would last for quite some time,” he added.

The analyst further said that the Saudi regime is heading in the wrong direction, arguing that it needs to “radically change course” in order to have legitimacy in the Islamic world as the custodian of the Islam's holy sites.

“It needs a radical change in direction, if not a whole kind of overthrow of the current regime, an establishment of something that would bring dignity to the Muslim world and would stand up for Muslims all around the world rather than helping genocides in places like Palestine and Yemen and doing nothing about the situation in Myanmar, in Kashmir and elsewhere," Barrett said in conclusion.

Tags: Yemen Saudi
Short Link rasanews.ir/201oUp
Share
0
Please type in your comments in English.
The comments that contain insults or libel to individuals, ethnicities, or contradictions with the laws of the country and religious teachings will not be disclosed